Hyde Cabinet #17: Behind the Mask 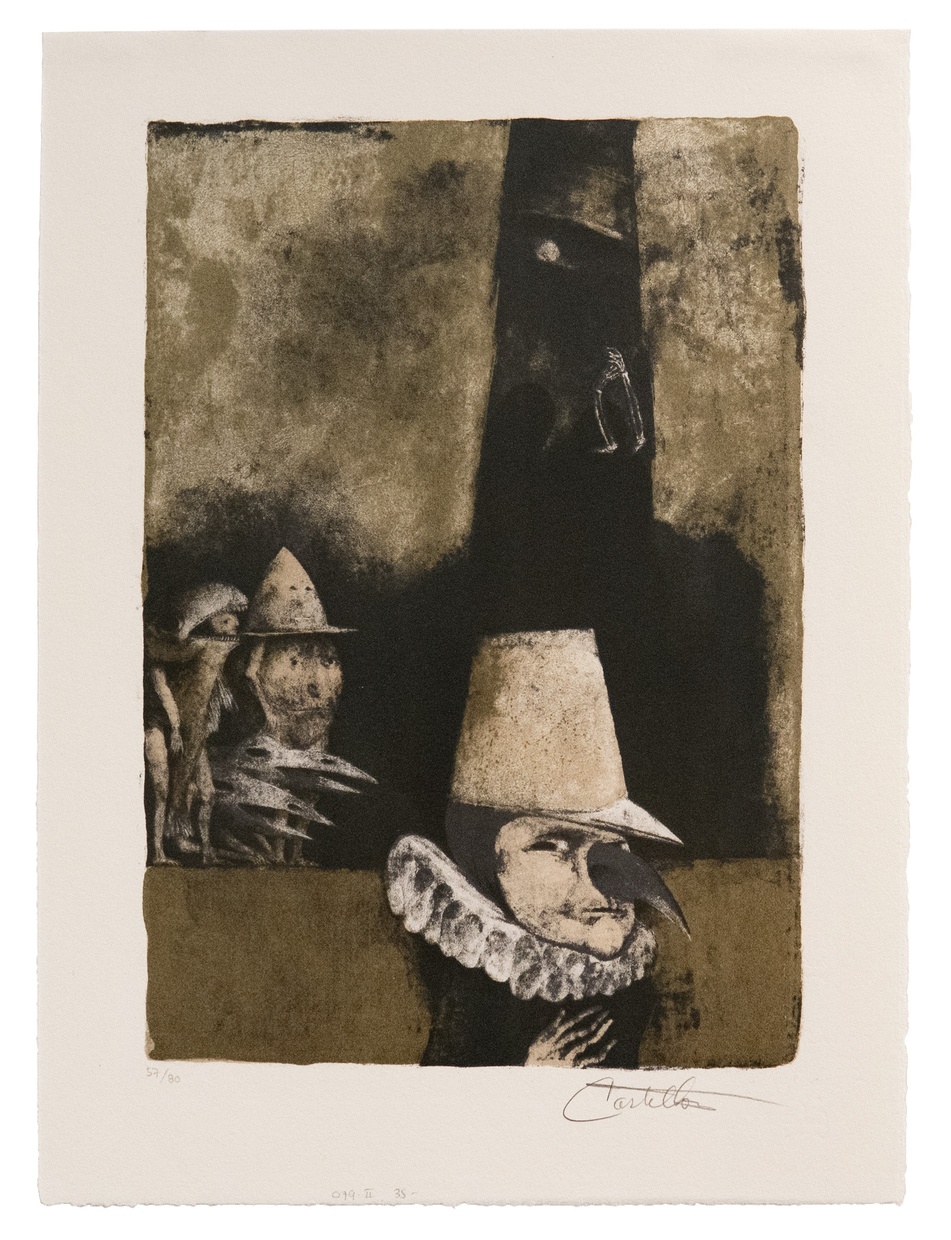 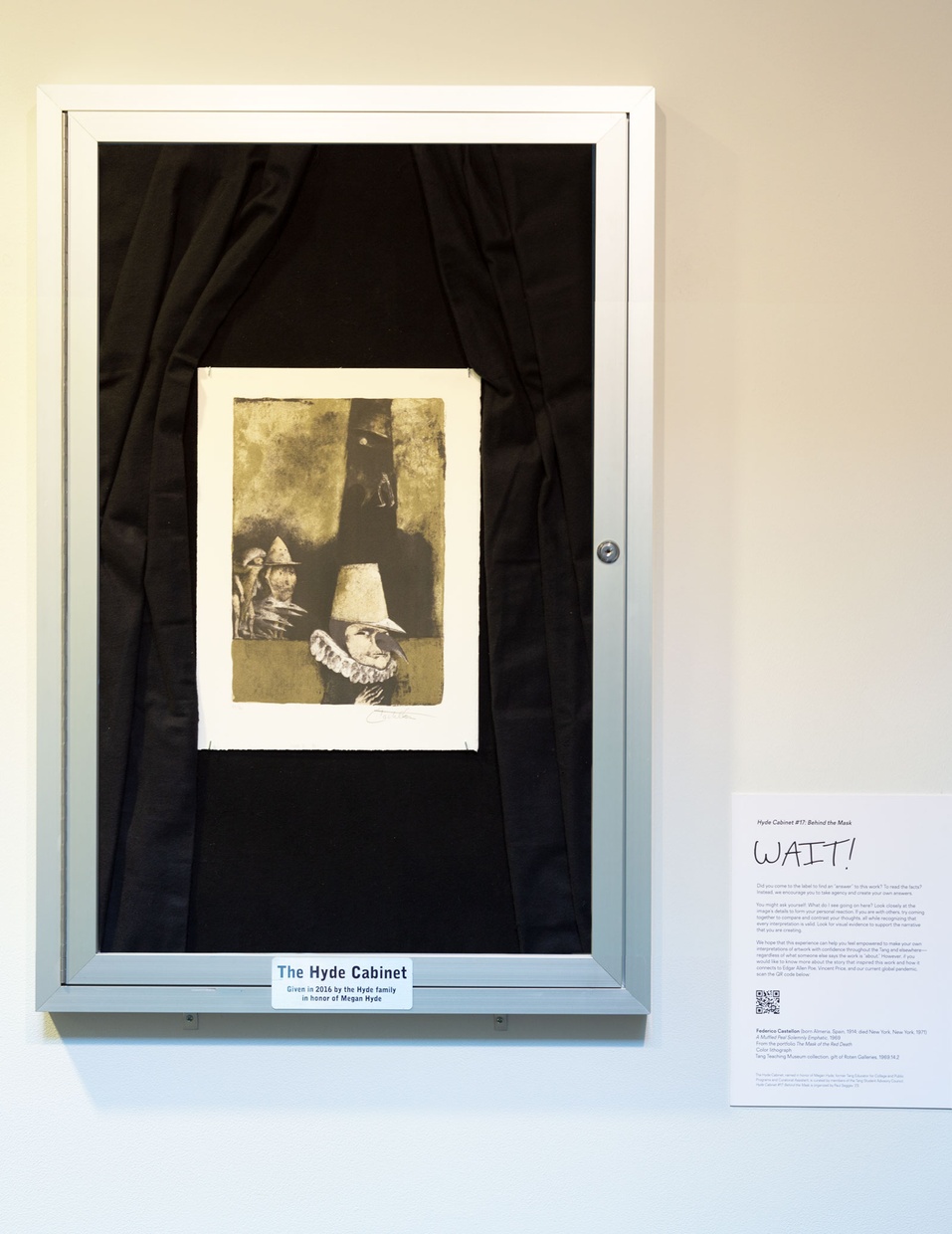 Hyde Cabinet #17: Behind the Mask

Hyde Cabinet #17: Behind the Mask is organized by Paul Seggev ’23.
twtweet this
fbshare on facebook

Once you have experienced A Muffled Peal Solemnly Emphatic, feel free to read below about the work’s historical context.

Federico Castellon (1914–1971) was a Spanish American artist who worked primarily in printmaking and painting. At a young age, his family immigrated to the United States, and he came to prominence in the 1930s with little formal training. After some time establishing himself in New York, he—with the help of Mexican muralist Diego Rivera—attained a fellowship from the Spanish government to travel throughout Europe. It was during this time that he embraced an irrational, dream-like, surrealist style in his work. After his return, he started to work in the printmaking medium of lithography, which he used to create the portfolio The Mask of the Red Death.

The Mask of the Red Death takes inspiration from the 1842 short story of the same name by Edgar Allen Poe. Each of the sixteen prints illustrates a line or scene from Poe’s story—though Castellon challenged their classification as literary illustration. He appreciated the prints as interconnected to Poe’s written word, but still considered them individual works in their own right. Speaking on surrealist work more broadly, Castellon said, “I can’t give a whole story on these things because I don’t think art should have whole stories that you follow in sequence.” So, Castellon may appreciate viewers forging individual interpretations.

Poe’s story tells of a callous prince who sequesters himself and the elite members of his kingdom inside the fortified walls of a castle while the Red Death, a violent plague, ravages the land outside the walls. During a masquerade ball held inside the castle, a manifestation of the Red Death wanders the halls disguised as a guest bringing doom to all who confront it, starting with the prince. The story has inspired many other illustrative series and, in 1964, was adapted into a film starring Vincent Price.

Poe’s “The Masque of the Red Death" explores humanity’s inevitable mortality, but modern viewers can find their own connections to our current society, one devastated by a global pandemic during which the division of class only grew. So, regardless of the print’s inspiration and initial intent, new personal interpretations can exist alongside this history.

Read the full story, “The Masque of the Red Death,” on the Poe Museum’s website.