All Together Now is an expansive, regional collections sharing project organized by the Tang Teaching Museum with support from the Henry Luce Foundation. All Together Now forges new collaborations between neighbor arts organizations to bring attention to rarely seen objects. At the Tang Teaching Museum, exhibitions feature furniture, tools, and textiles from the Shaker Museum and a revealing survey of postcard collages by Ellsworth Kelly. At partner institutions, exhibitions will show focused selections of work from the Tang collection, including many recently acquired paintings, photographs and sculptures, many shown in dialogue with collections at each museum.

All Together Now recognizes the vibrancy and relevance of the objects in our regional collections and gives all a rare opportunity to see important American artworks out of storage and in the public view, fostering new connections and conversations, and expanding knowledge. Working together is more important than ever in this pandemic moment. This project welcomes visitors back to our institutions and brings new audiences together.

Each of the All Together Now partner institutions will offer special public visiting hours during the course of the exhibitions. Details about each exhibition, special hours, and related events can be found below. This site will be updated regularly with new information, checklists, images and texts, and installation views throughout the Summer and Fall.

All Together Now is organized by Dayton Director Ian Berry with Independent Curator Lisa Kolosek and is supported by the Henry Luce Foundation.

National Museum of Racing and Hall of Fame
Muybridge and Motion: Selections from the Tang Teaching Museum Collection
July 1, 2021 - January 2, 2022

All Together Now is organized by Dayton Director Ian Berry and Independent Curator Lisa Kolosek.
twtweet this
fbshare on facebook 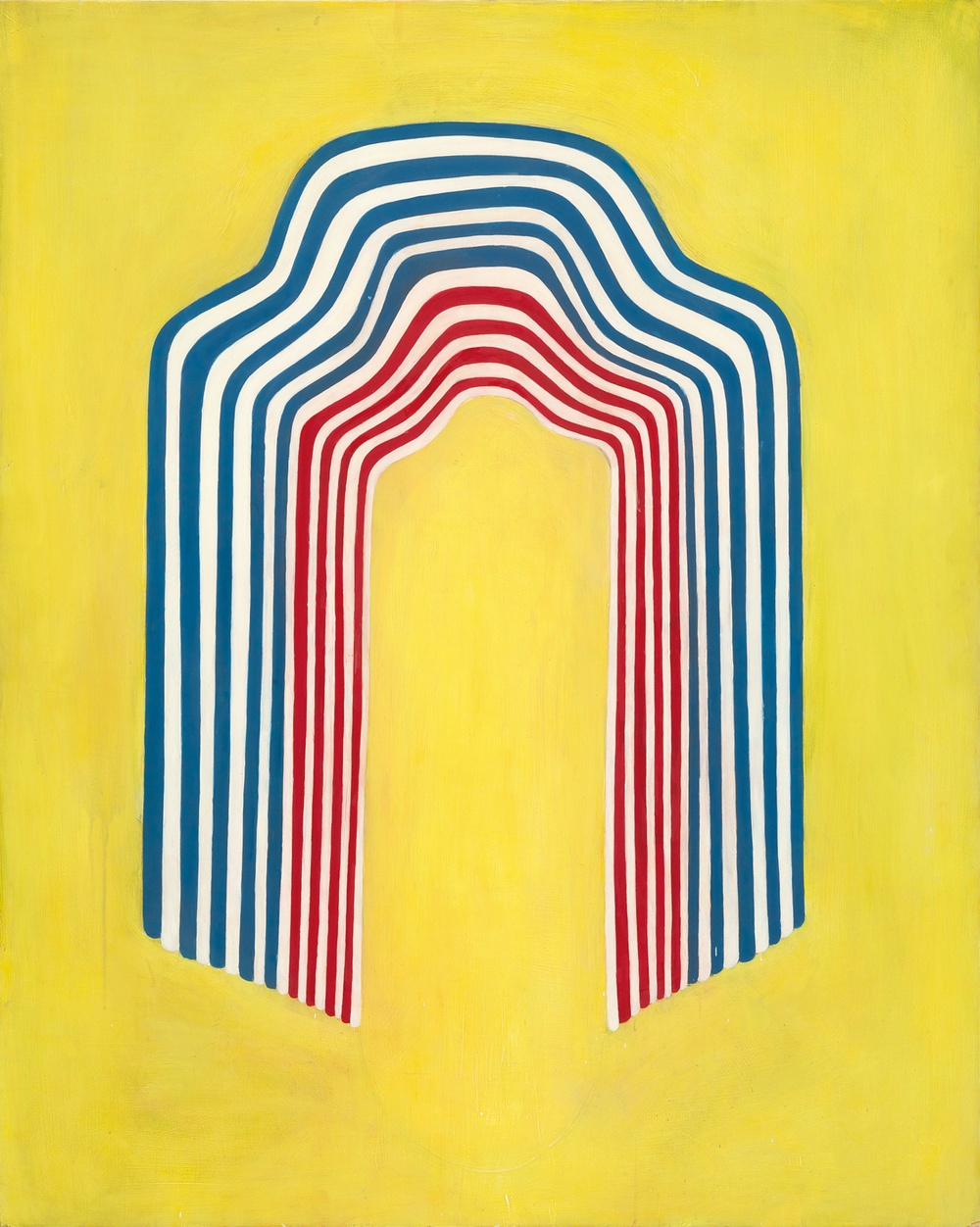 Summer Bomb Pop: Collections in Dialogue brings together seventeen works of contemporary abstract painting from the Tang collection by artists such as Sarah Braman, Jeffrey Gibson, Rashid Johnson, Mindy Shapero, and Chuck Webster with several twentieth-century works from the Hyde’s renowned Feibes & Schmitt Collection by artists such as Grace Hartigan, Alfred Jensen, Ellsworth Kelly, Bridget Riley, and Andy Warhol. Summer Bomb Pop is organized by the Tang in collaboration with Jonathan Canning, Director of Curatorial Affairs and Programming at The Hyde Collection.

Anchor name: National Museum Of Racing And Hall Of Fame

National Museum of Racing and Hall of Fame 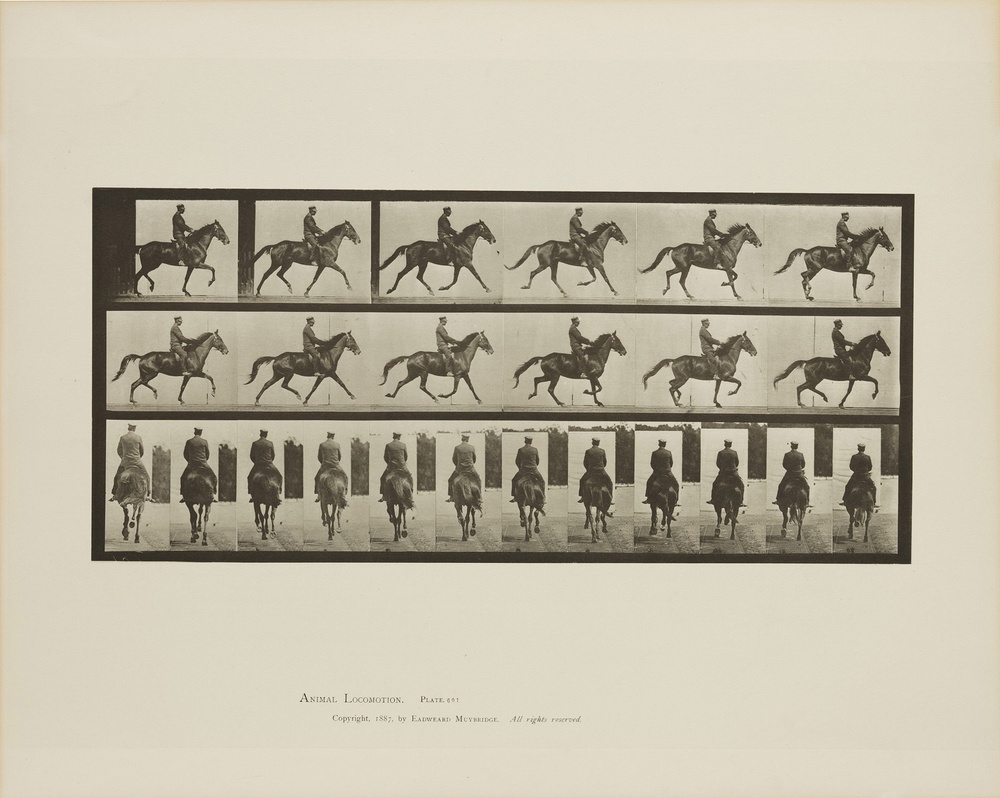 Muybridge and Motion: Selections from the Tang Teaching Museum Collection features a series of groundbreaking animal locomotion photographic studies from the late nineteenth century by English photographer Eadweard Muybridge (1830 – 1904), paired with equestrian paintings by American artist Henry Stull (1851 – 1913) from the National Museum of Racing collection. Muybridge and Motion is organized by Victoria Reisman, Curator of the National Museum of Racing.

National Museum of Racing and Hall of Fame

For more information, visit the National Museum of Racing and Hall of Fame’s website. 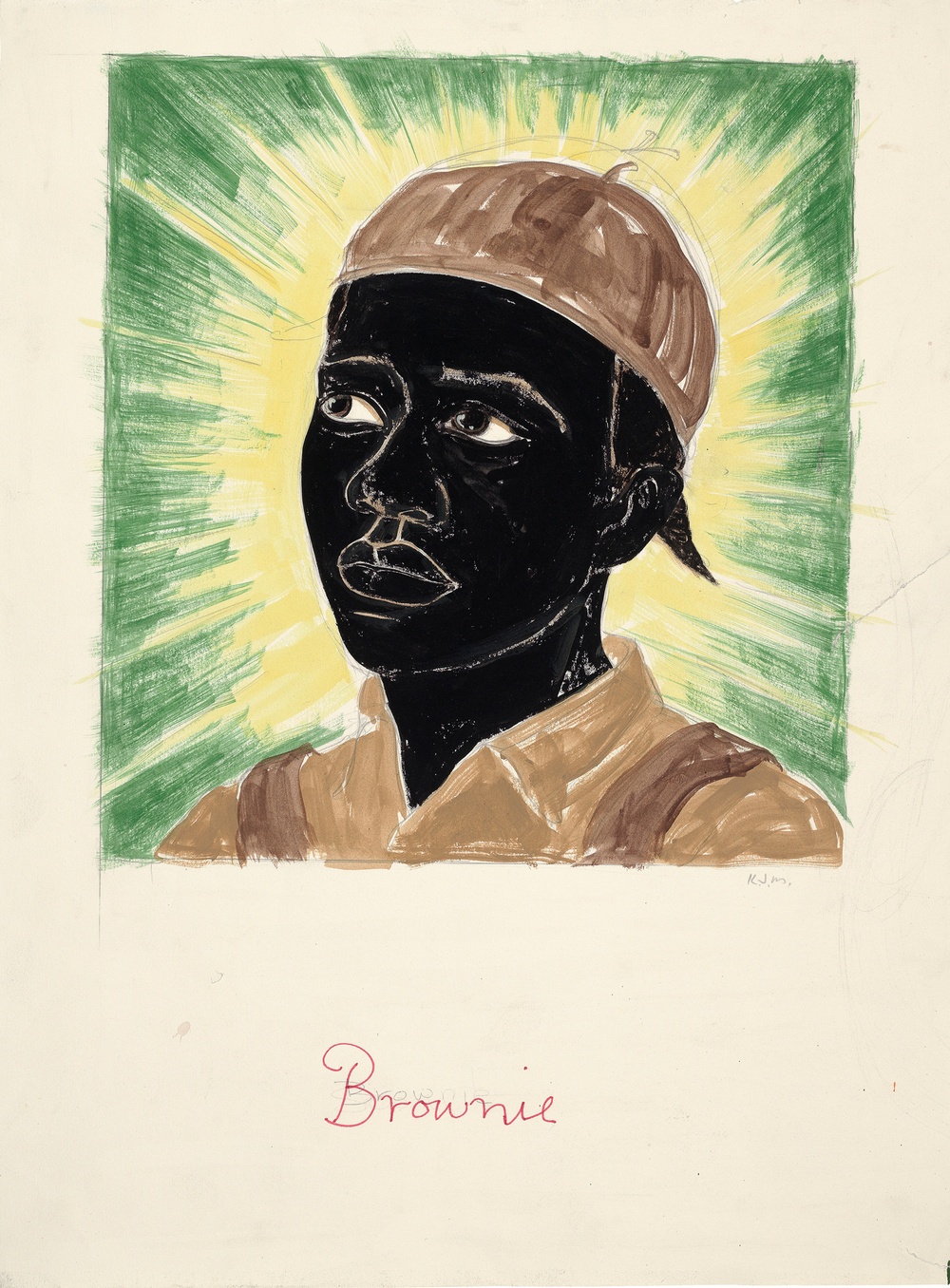 Brighten the Corners: Art of the 1990s from the Tang Teaching Museum Collection features more than fifteen works of contemporary art including painting, sculpture, photography, and video from the Tang collection with a focus on identity and storytelling by artists such as Nayland Blake, Kate Ericson and Mel Ziegler, Wendy Ewald, Glenn Ligon, Kerry James Marshall, Frank Moore, Lorna Simpson, and Tim Rollins and K.O.S. Brighten the Corners is curated by the Tang in coordination with Louise Kerr, Executive Director of Saratoga Arts. 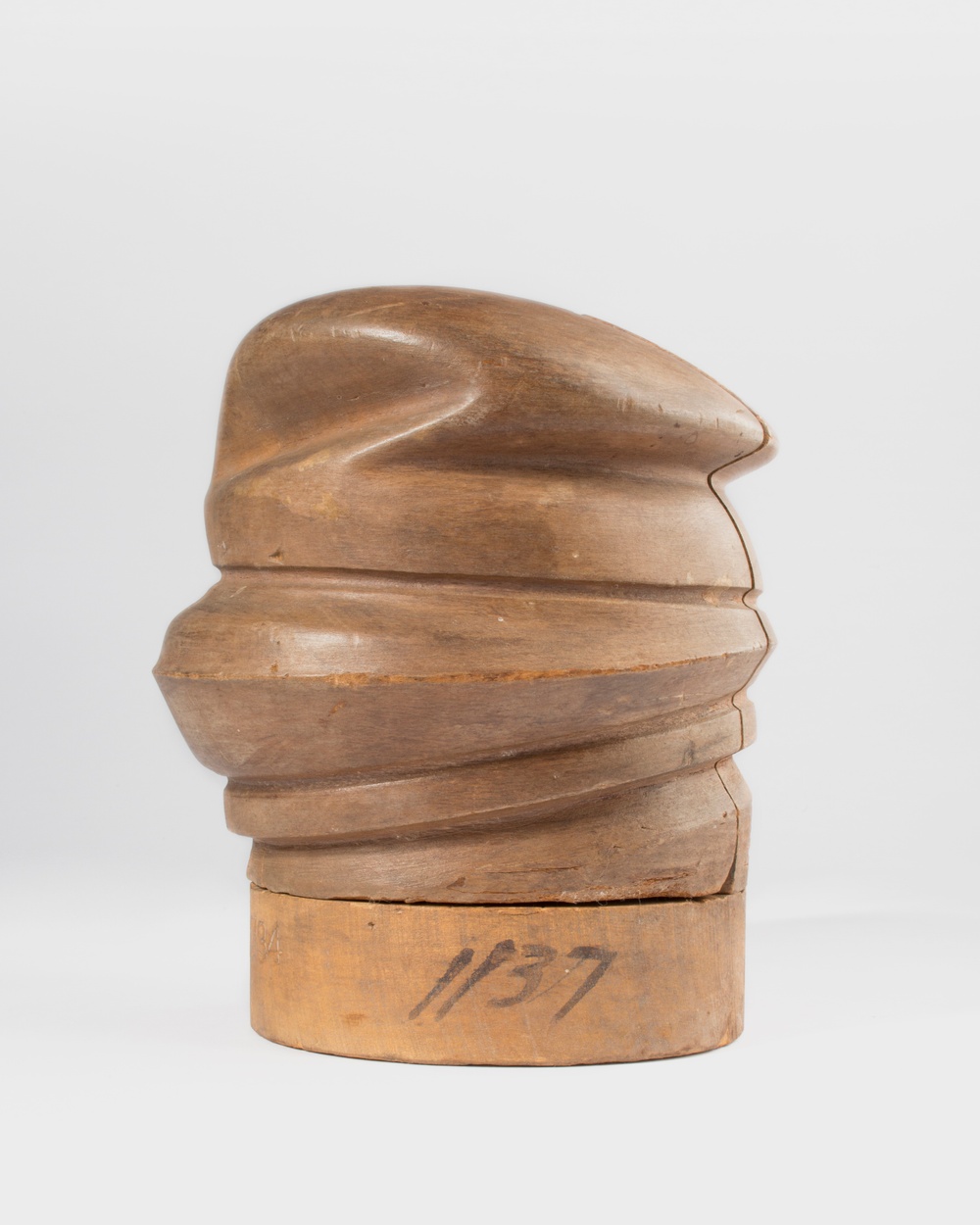 The Social Lives of Hats pairs more than twenty-five hats in wide-ranging styles from the Saratoga County History Center collection with several of Alfred Z. Solomon’s wood hat forms, which are part of the Tang collection. The exhibition is organized in conjunction with the Skidmore College Spring 2021 class, The Social Lives of Hats, taught by Tillman Nechtman, Professor and Chair of the History Department, and Associate Professor Erica Bastress-Dukehart, along with Field Horne, Vice President and Chair of the Museum Committee at SCHC, and the Tang. 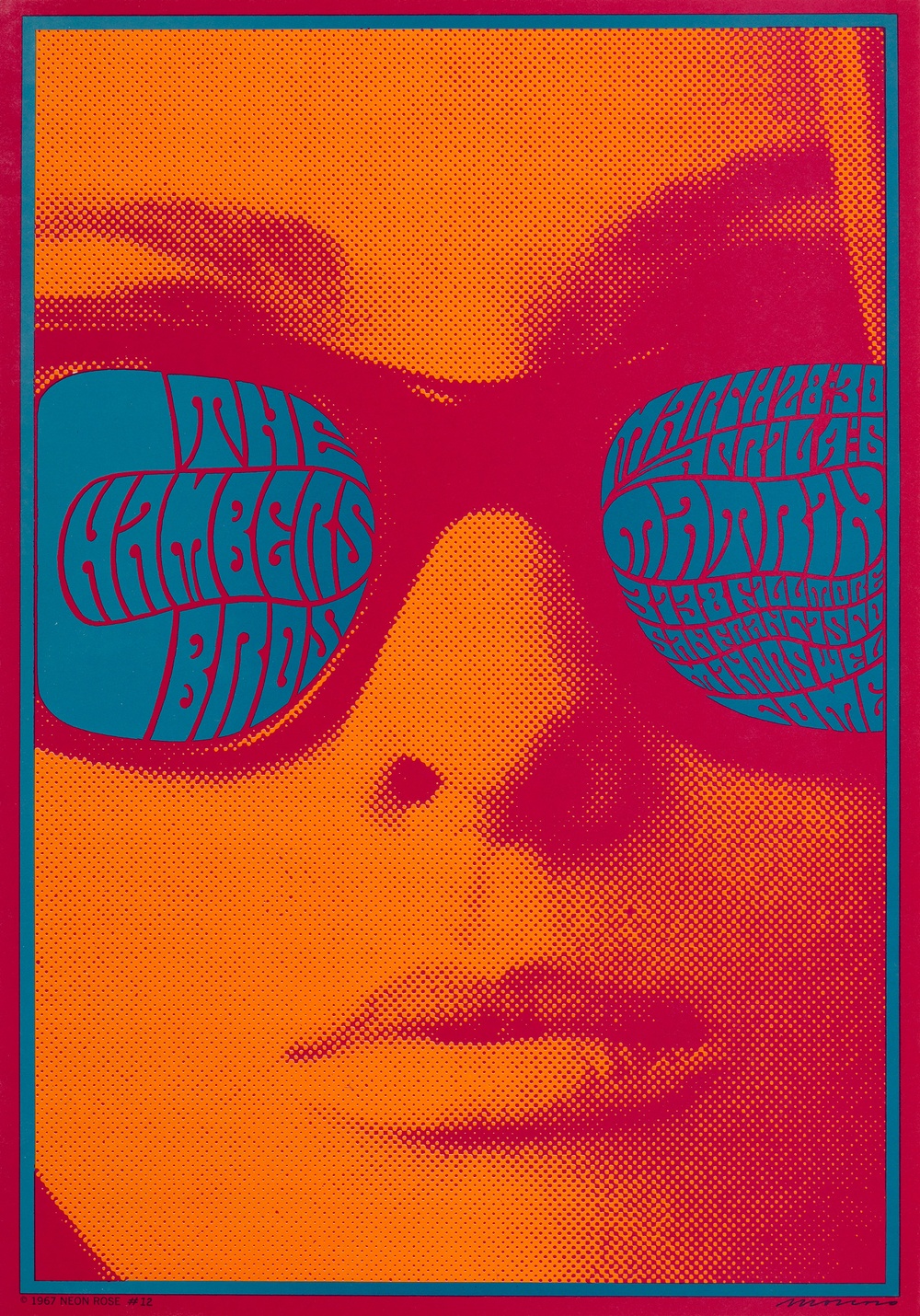 Chromatic Scales: Psychedelic Design from the Tang Teaching Museum Collection features more than thirty recently acquired 1960s San Francisco psychedelic rock concert posters designed by artists such as Jim Blashfield, Lee Conklin, and Bonnie MacLean, and the Big Five’s Wes Wilson and Victor Moscoso. The collection, which will be on view in SPAC’s new “The Pines” facility lobby, features major bands such as The Doors, Jefferson Airplane, and Van Morrison and the era’s legendary venues The Matrix, Avalon Ballroom, and Fillmore Auditorium. Chromatic Scales is curated by the Tang in coordination with Christopher Shiley, Senior Director of Artistic Planning at SPAC.

Anchor name: Energy In All Directions 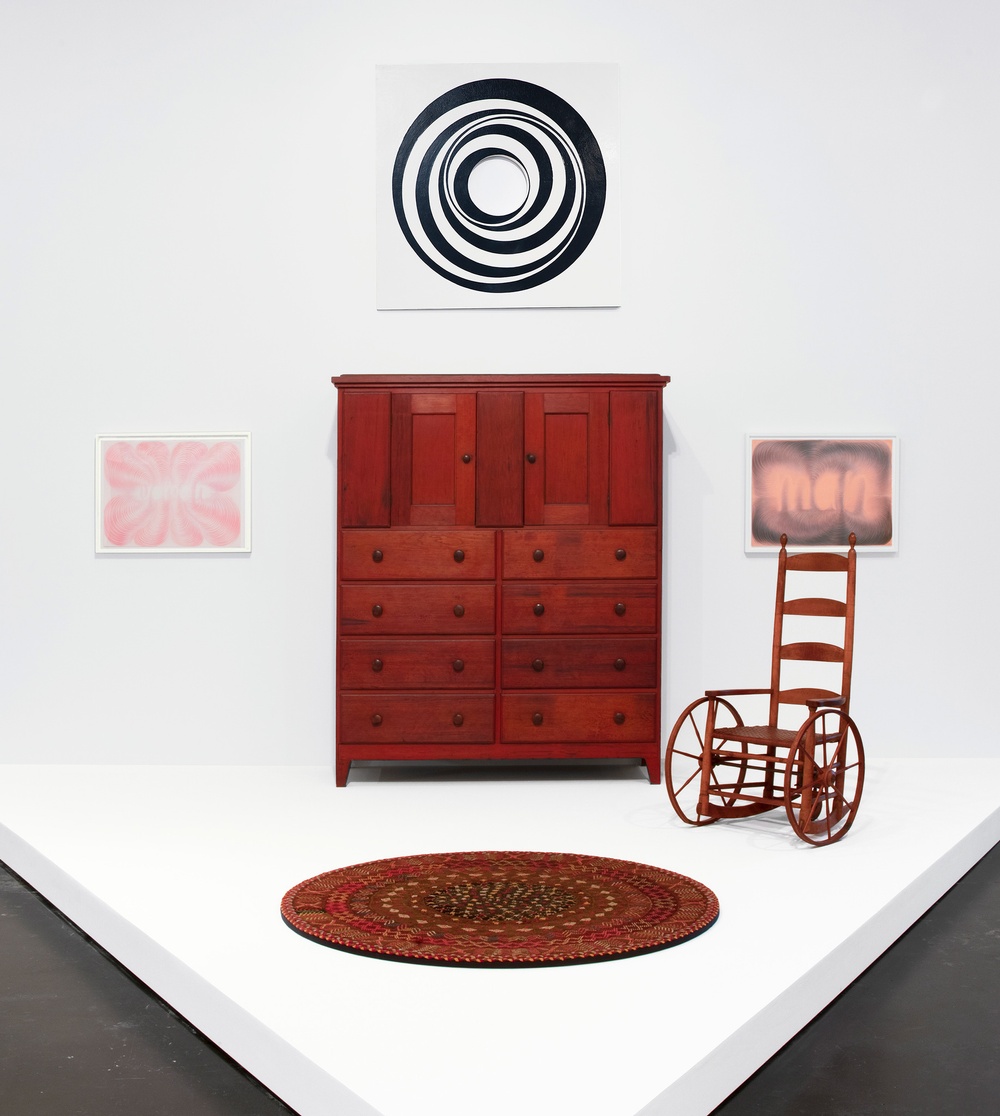 Energy in All Directions brings rarely seen artworks and new acquisitions from The Tang Teaching Museum collection together in dialogue with objects from the Shaker Museum’s extensive holdings to celebrate the life and legacy of artist and gallerist Hudson (1950–2014). Hudson and the Shakers valued acceptance, equality, and artistry, and both built new communities that shared common themes of inclusion, interconnectedness, and innovation. They were both radicals in their time. The Shaker baskets, chairs, and textiles embody their emphasis on accessibility and communal expression. Hudson gave a platform for influential artists such as Tom Friedman, Roy McMakin, Charles Ray, Richard Rezac, Kay Rosen, and Nancy Shaver, choosing them for the quality and originality of their work.

For more information on Energy in All Directions, visit the exhibition page.

For more information on the Shakers, visit the Shaker Museum’s website. 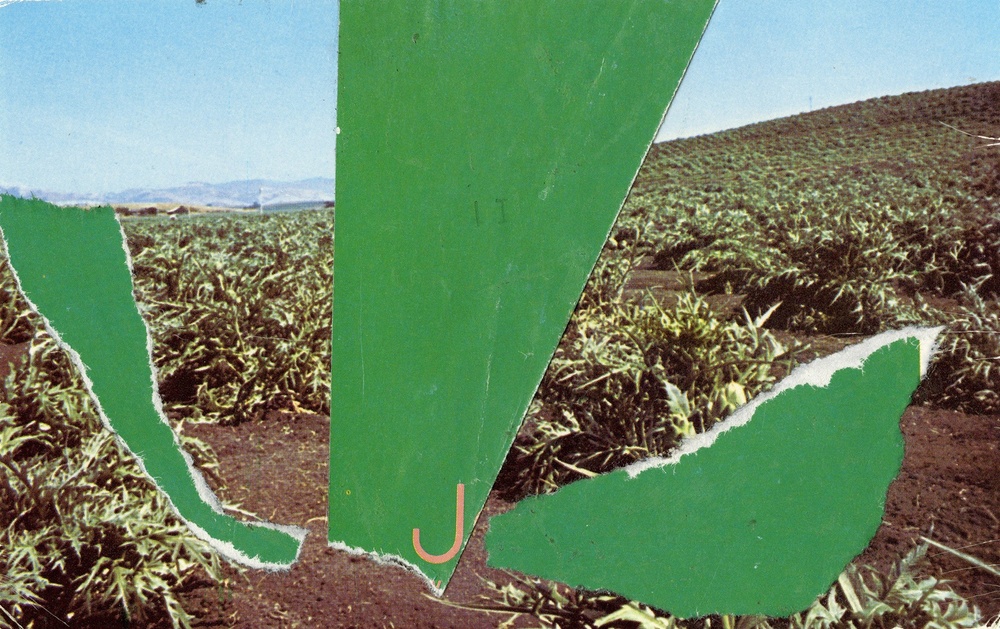 American painter Ellsworth Kelly (1923–2015) is one of the most important artists of the twentieth century. His abstract paintings, sculptures, and prints are masterworks in the exploration of line, form, and color. In a lesser-known part of his practice, Kelly made collaged postcards, some of which served as exploratory musings and others as preparation for larger works in other media. From 1949 to 2005, Kelly made over 400 postcard works. They show a playful, unbounded space of creative freedom for the artist and provide an important insight into the way Kelly saw, experienced, and translated the world in his art. Ellsworth Kelly: Postcards presents a comprehensive survey of Kelly’s postcard collages, with 150 works on view. 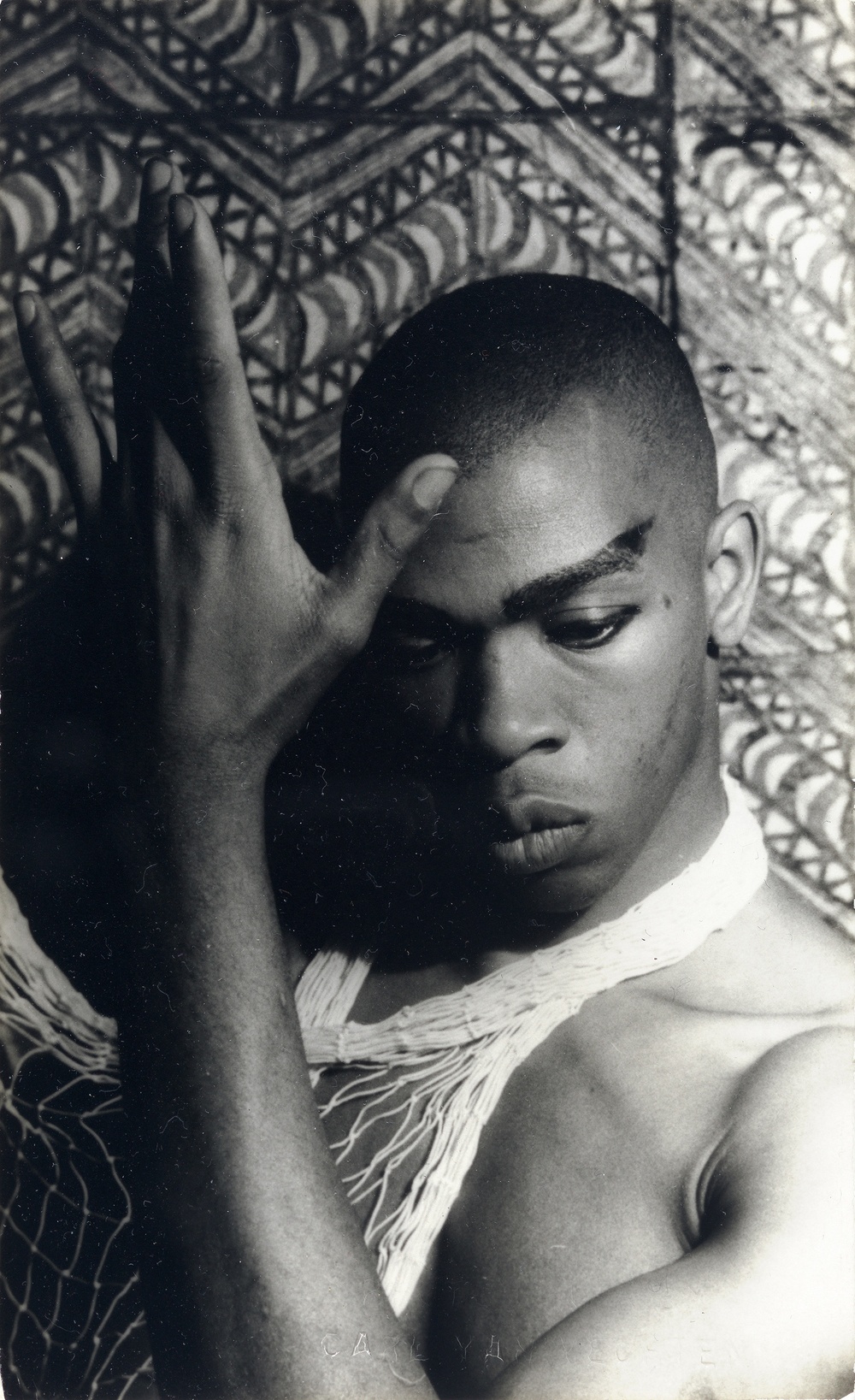 Carl Van Vechten On Dance: Photographs from the Tang Teaching Museum Collection features more than eighty photographs from the 1930s to the 1960s of dancers and choreographers such as Alvin Ailey, Carol Channing, Carmen de Lavallade, Melissa Hayden, Geoffrey Holder, Alicia Markova, Arthur Mitchell, and Paul Taylor by the prolific American photographer and writer Carl Van Vechten (1880 – 1964). Carl Van Vechten On Dance is curated by Lisa Kolosek in coordination with Elaina Richardson, President of the Corporation of Yaddo.