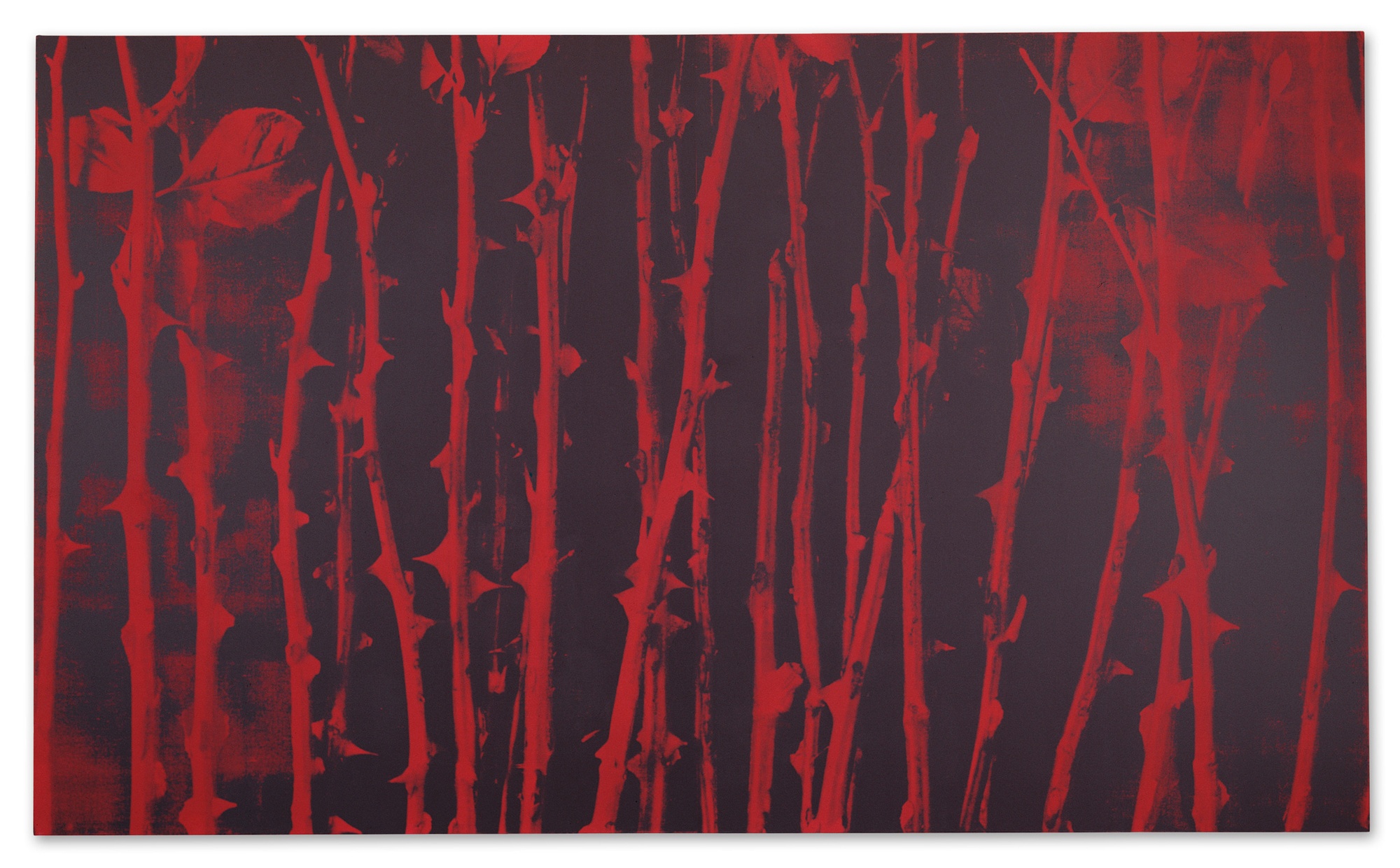 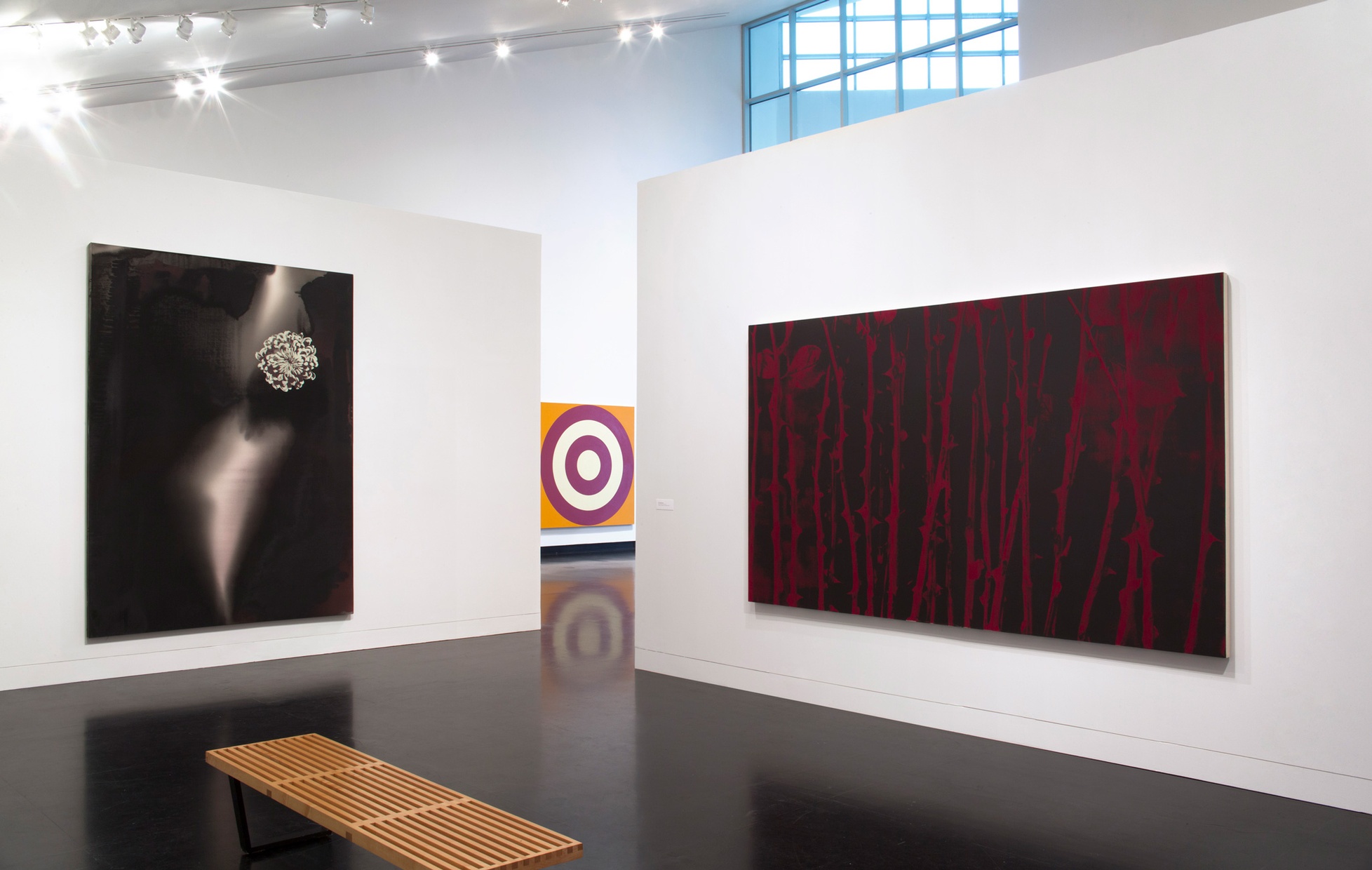 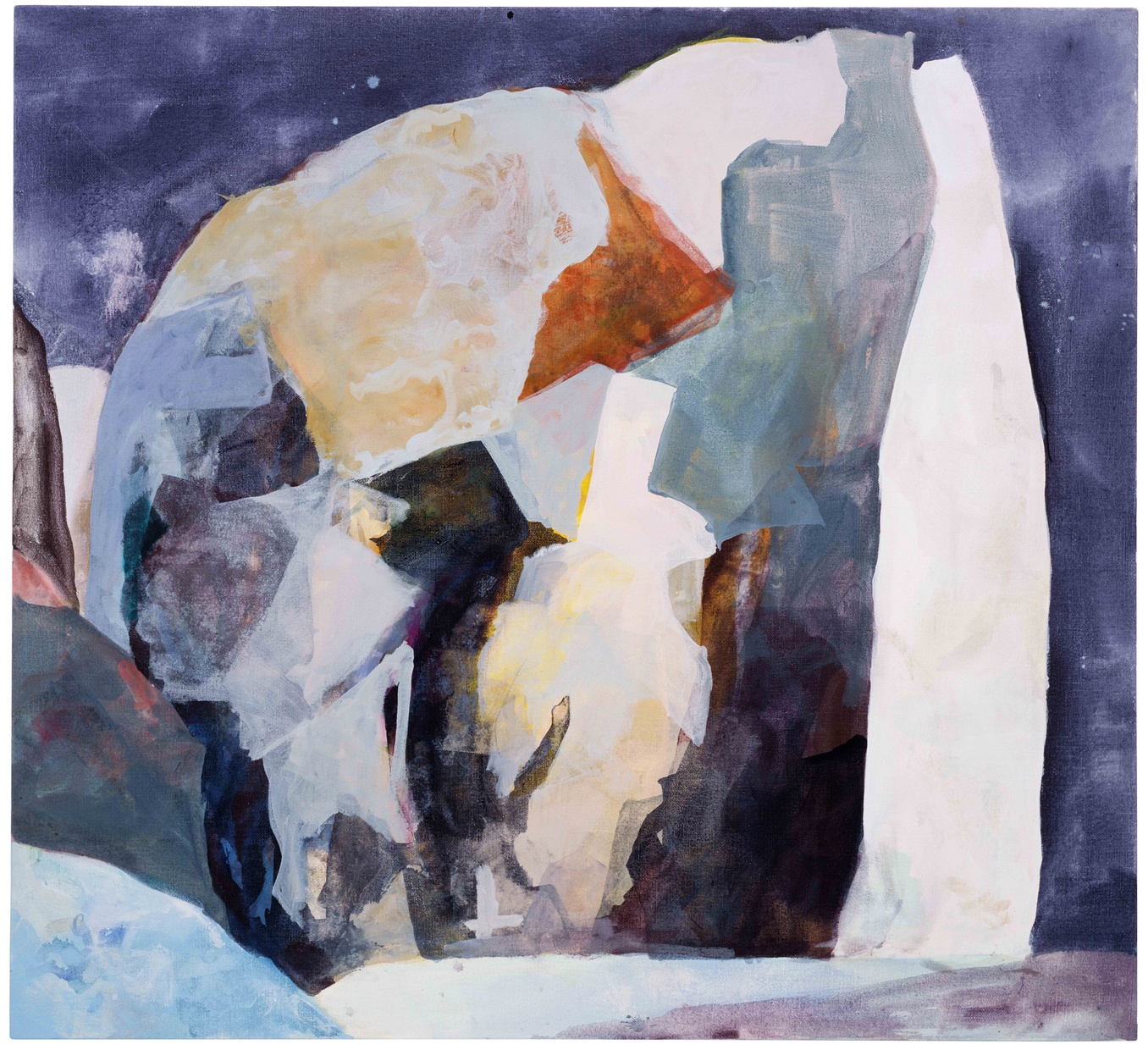 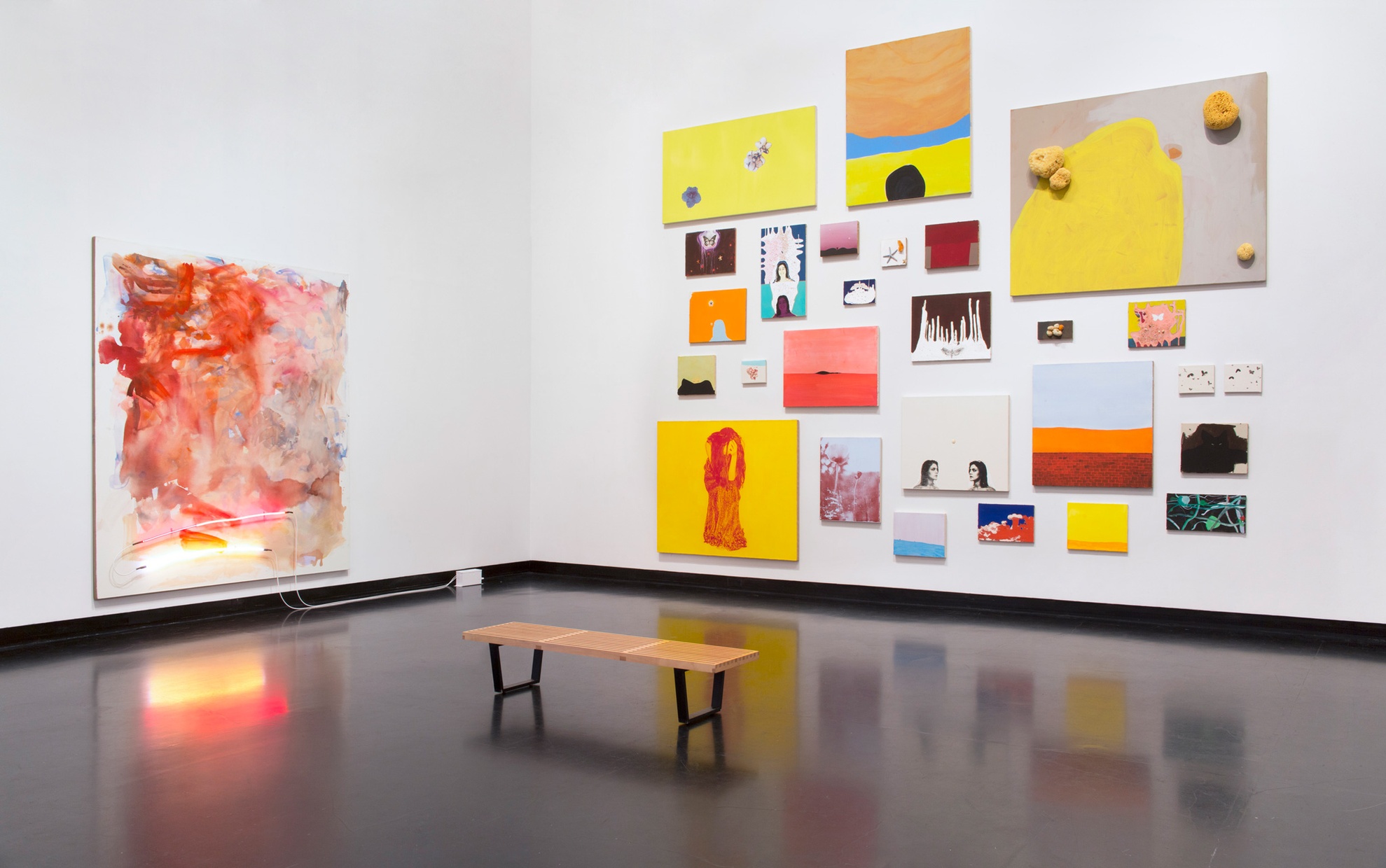 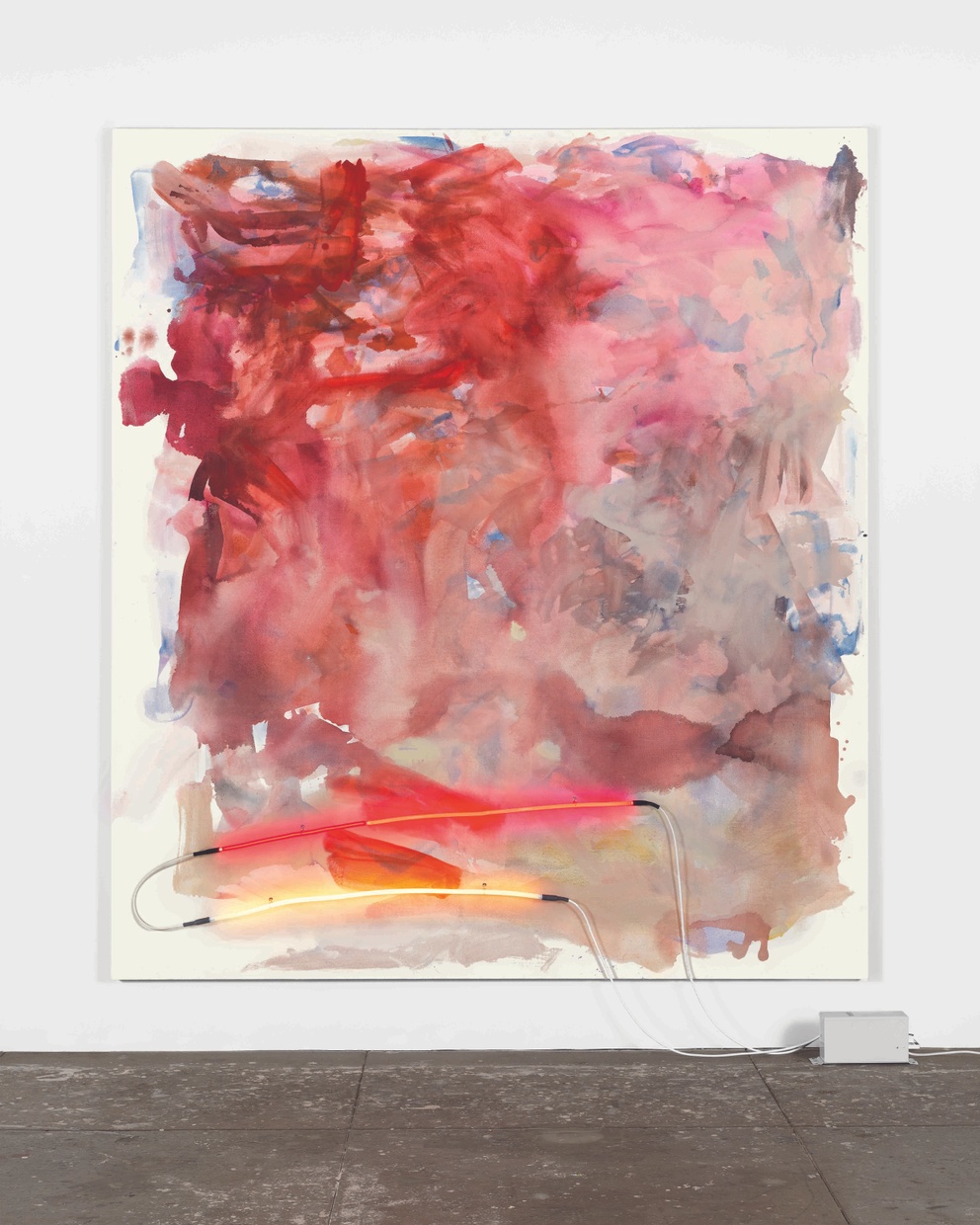 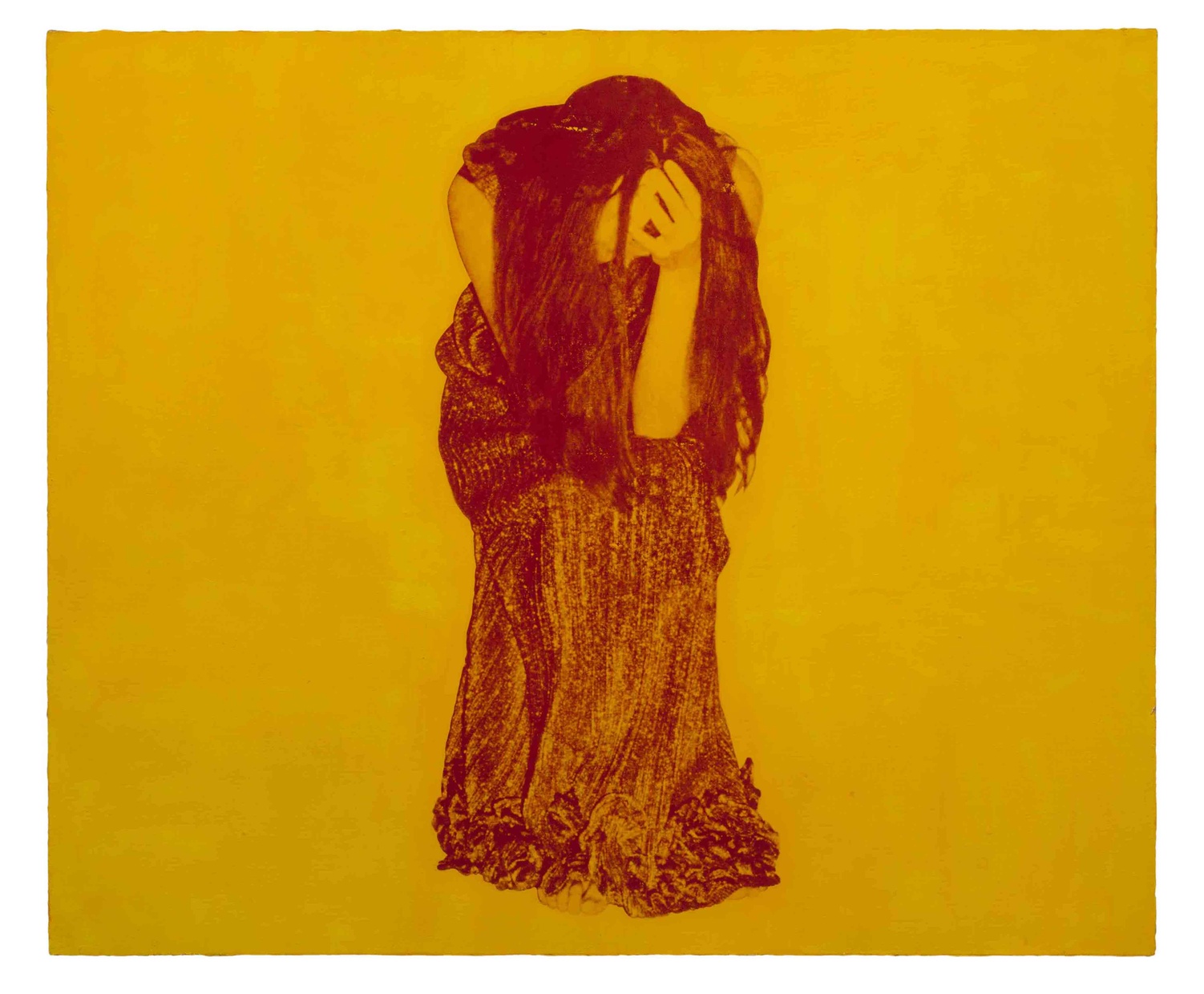 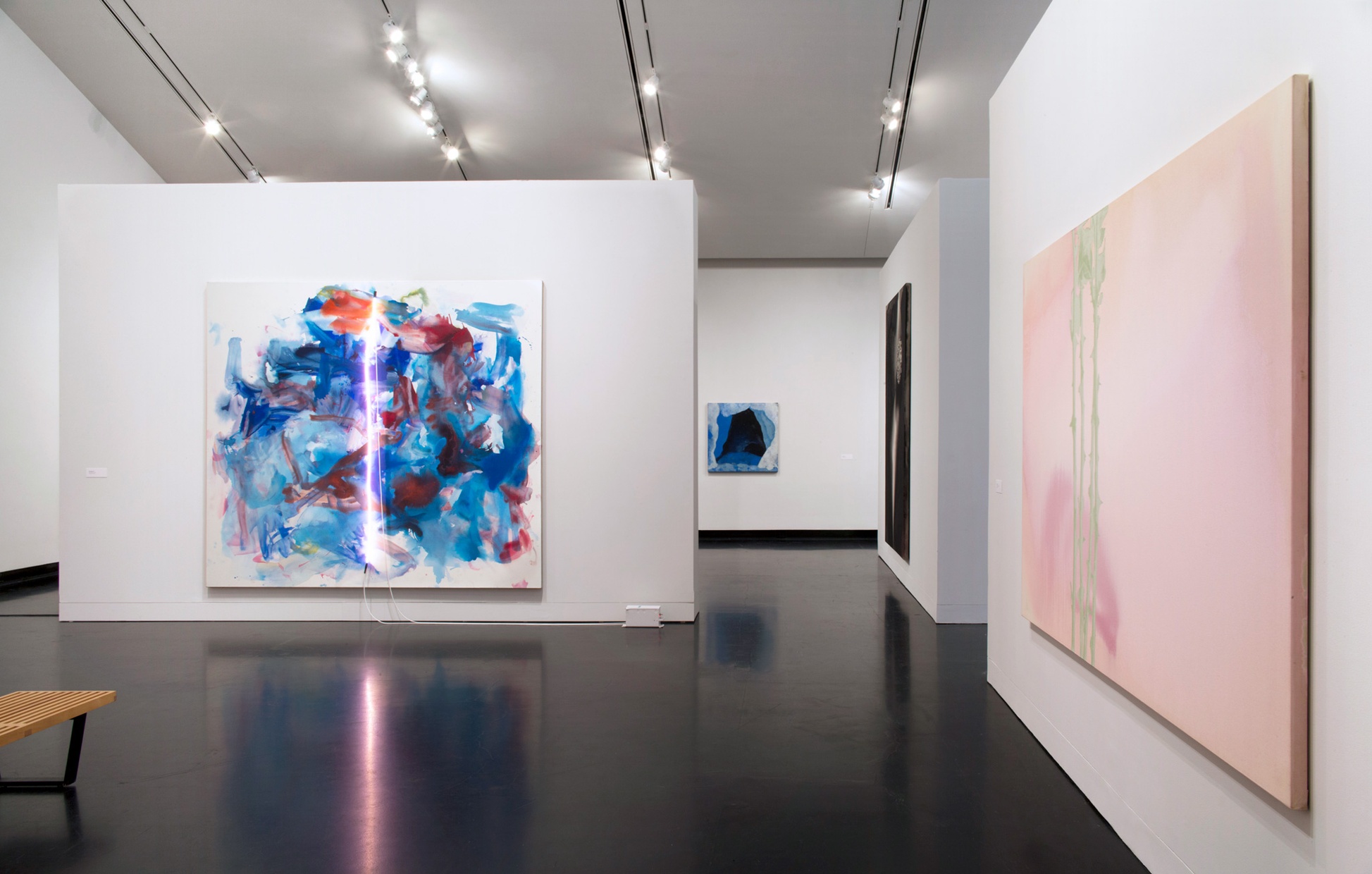 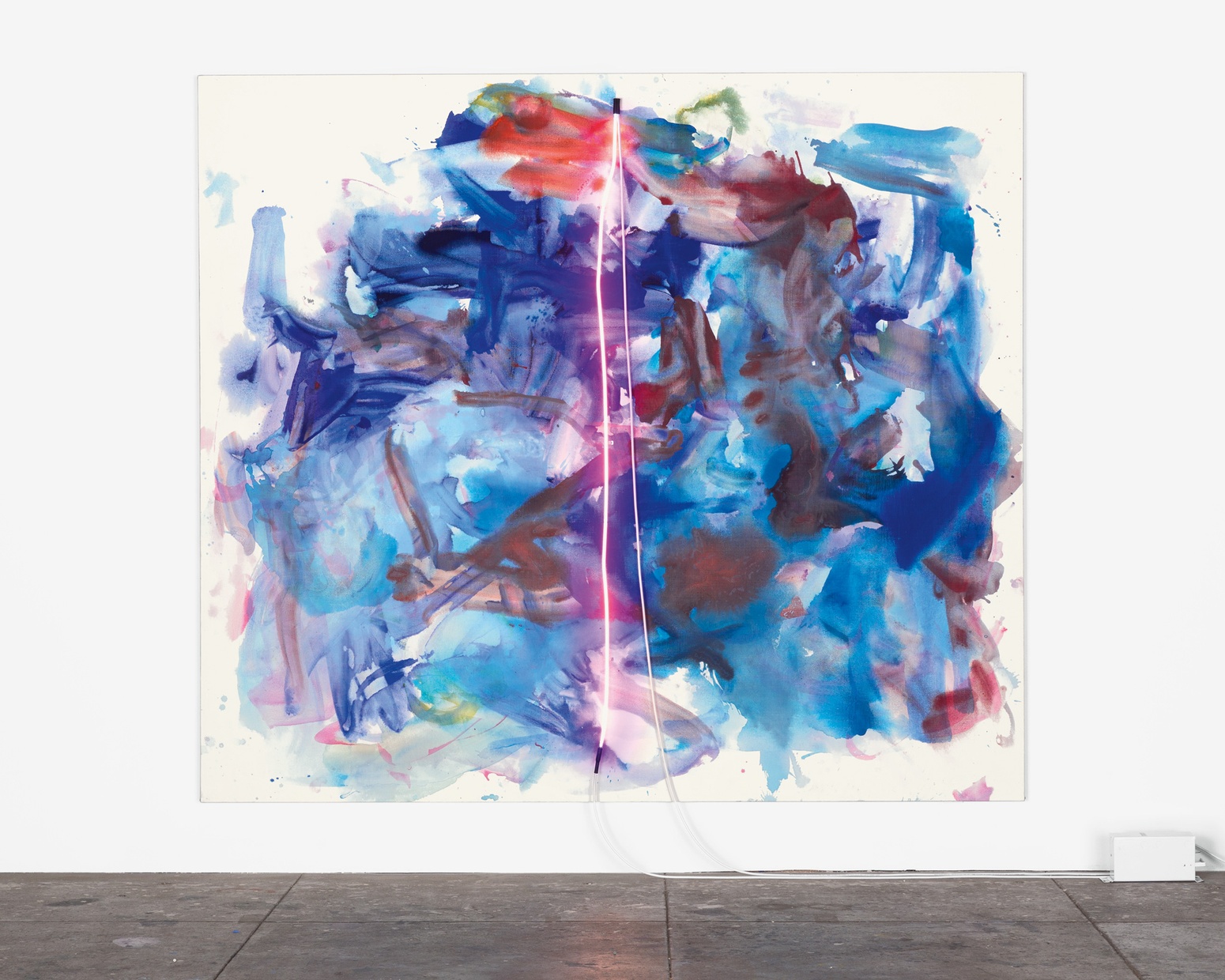 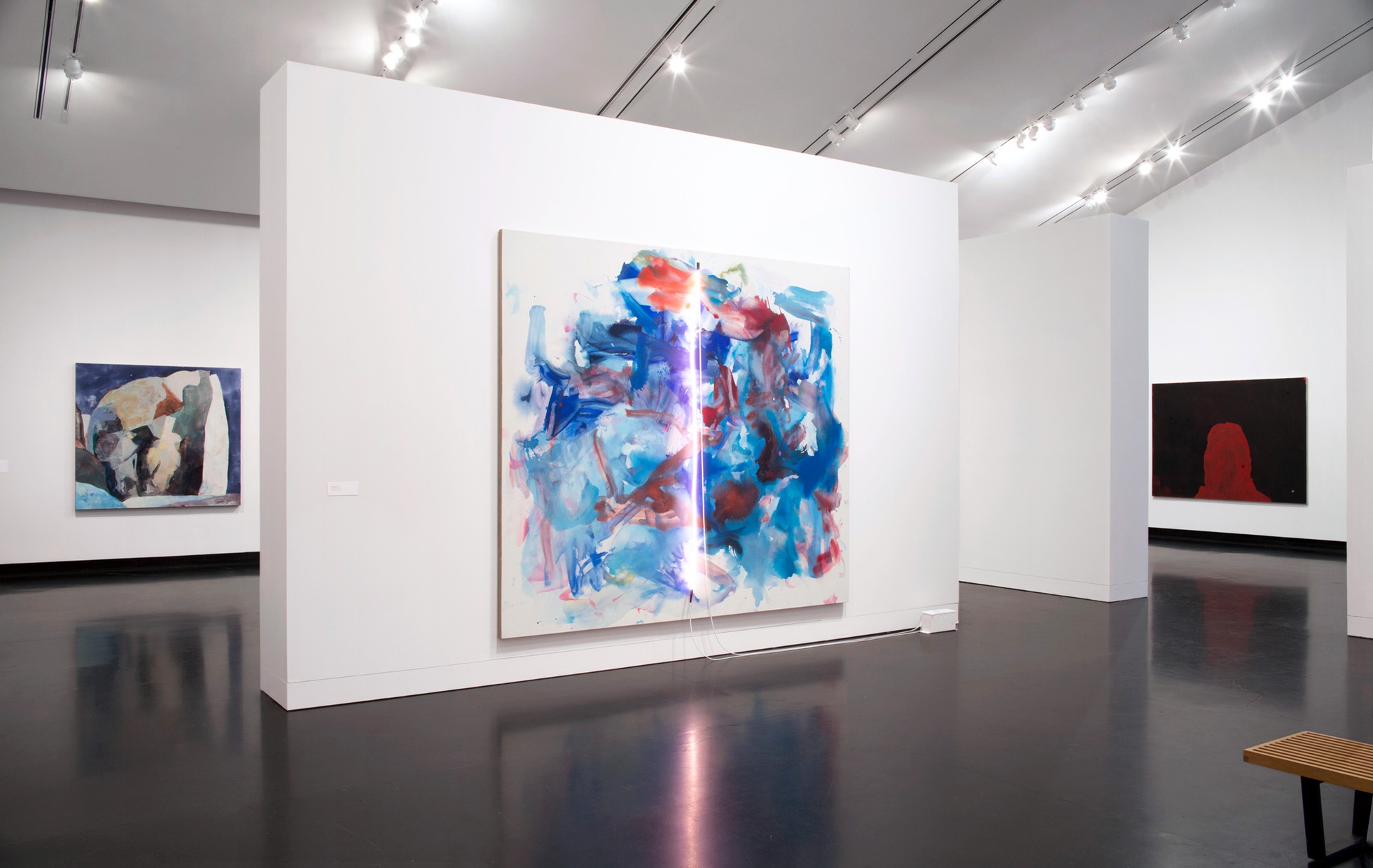 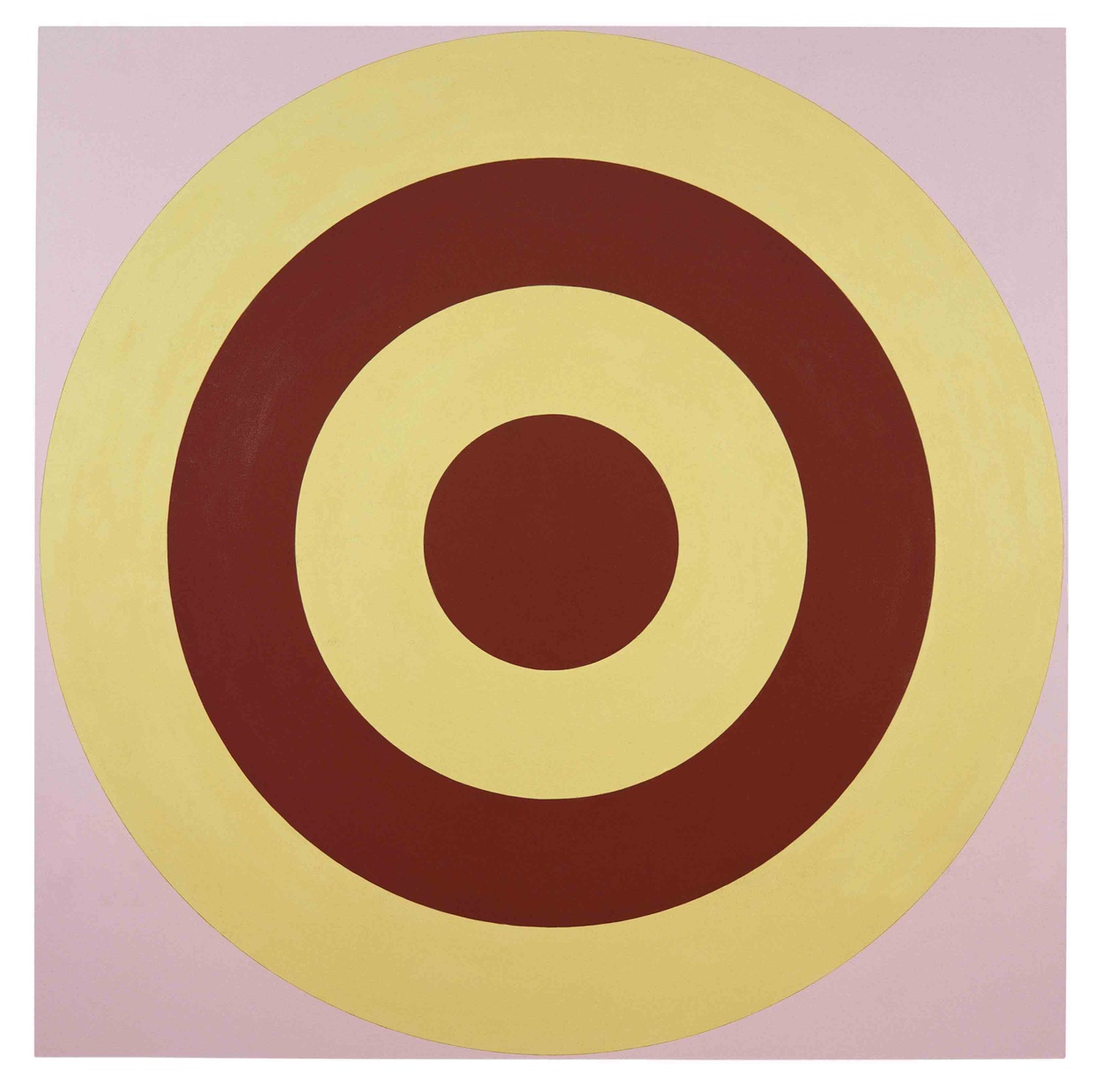 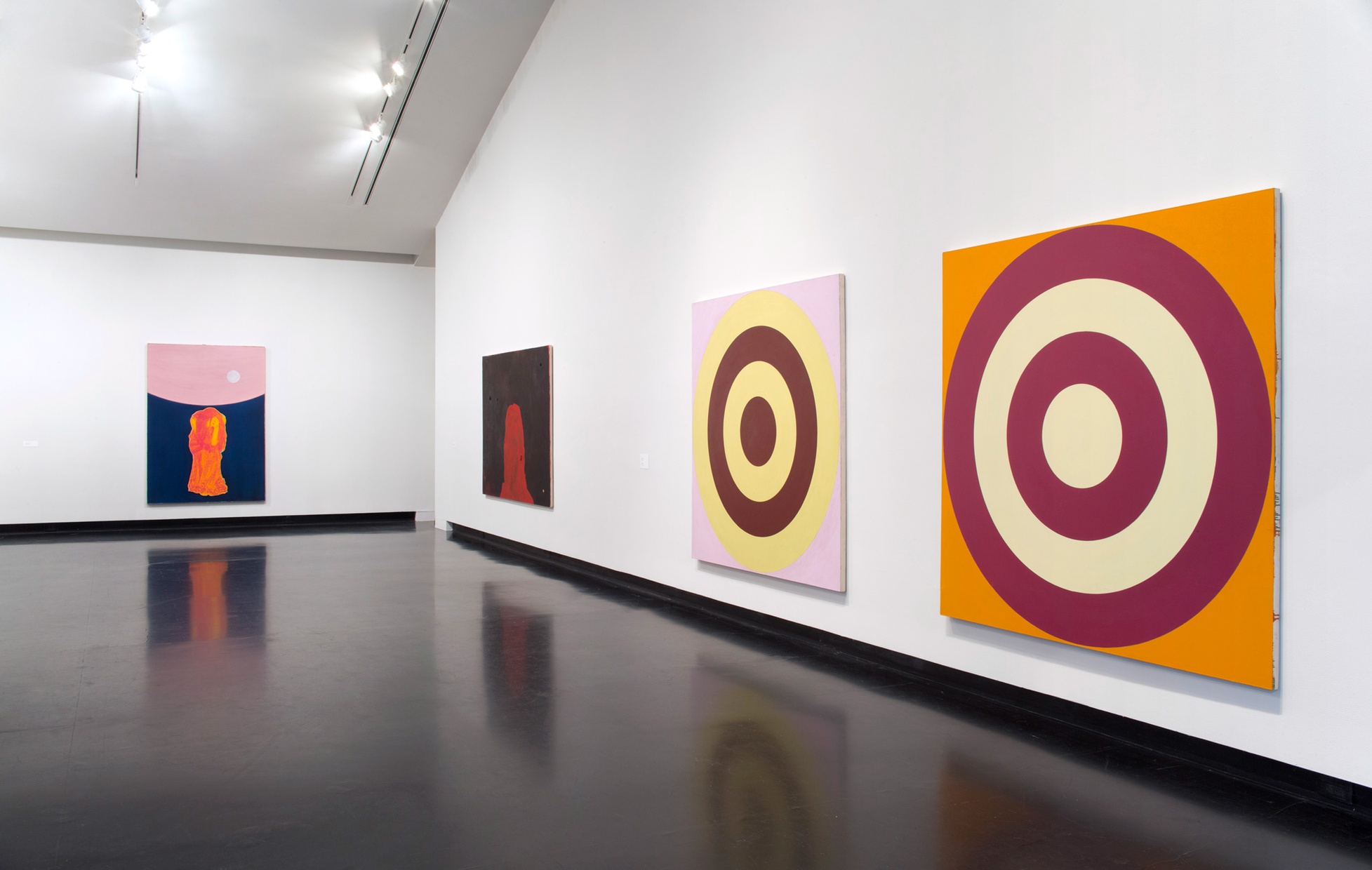 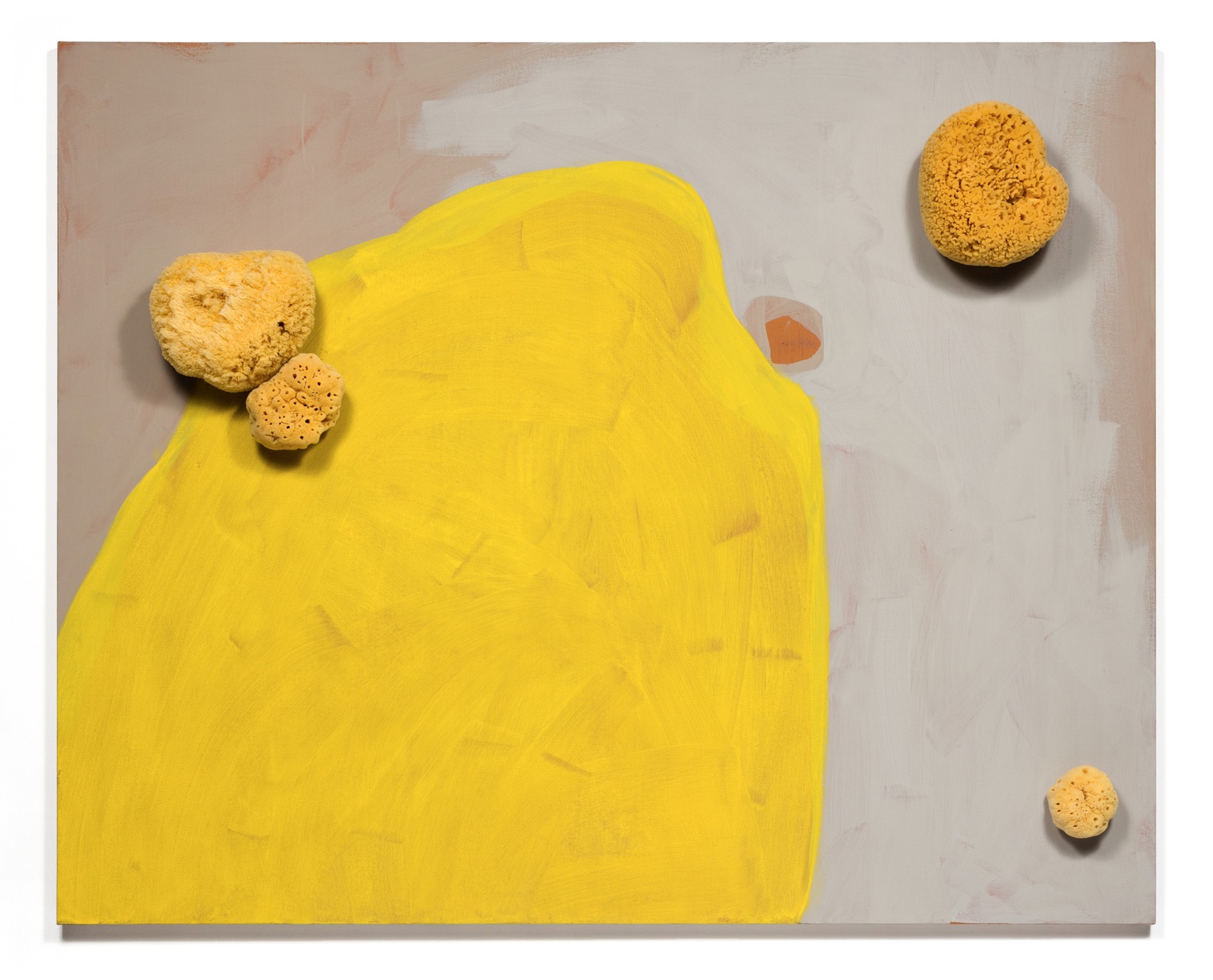 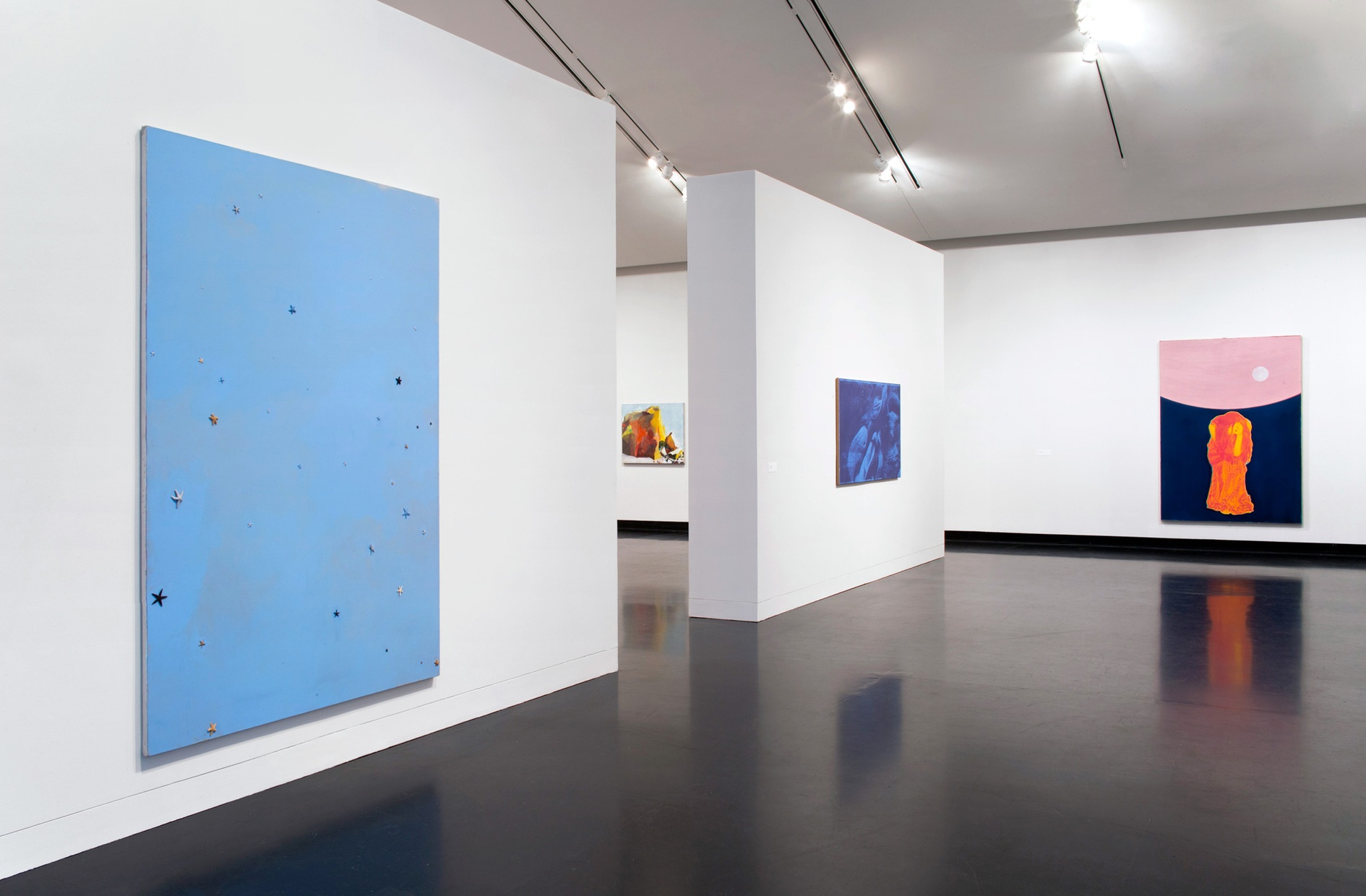 Over the last three decades, Mary Weatherford has developed a rich and diverse painting practice, from her early 1990s target paintings based on operatic heroines, to the expansive, gestural canvases overlaid with neon glass-tubing that brought attention to Weatherford’s practice in the 2010s. Mary Weatherford: Canyon–Daisy–Eden presents a survey of Weatherford’s career, drawing from several distinct bodies of work made between 1989–2017. As constant experiments with color, scale, and materials, these works as a whole reveal the continuity of Weatherford’s interest in human experience, both personal and historical.

Originally from Ojai, California, Weatherford earned a B.A. in art history and visual arts from Princeton University, and an M.F.A from the Milton Avery School of Fine Arts at Bard College. In 1985, she participated in the Whitney Independent Study Program where she developed her earliest paintings, some of which include colored targets and silkscreened images of flowers, vines, and female figures titled after literary heroines. A profound and longstanding study of nature is reflected in other works from the late 1990s and early 2000s. Weatherford incorporated elements of assemblage into a series of stained canvases, including physical shells, sponges, and starfish. In 2005, Weatherford embarked upon a pivotal series of paintings based on plein-air drawings she made of a sea cave on Pismo Beach, a coastal area a few hours north of Los Angeles.

Her 2012 Bakersfield Project was the first series of paintings to incorporate neon tubing and revealed a new way of making that occupies the artist to this day. The works reflect Weatherford’s previous engagement with gestural forms and immersive scale and are drawn from memory using a variety of techniques and artistic references. The colors and textures of the works indicate shifting lights, atmosphere, and mood, often evoking a specific time, locale, and temperature, such as Greek seafood restaurant murals and liquor store neon signs seen while driving at dusk in Bakersfield, California.

A career-spanning catalogue will be published in conjunction with the exhibition and will include an introductory essay by co-curator Bill Arning, an interview with the artist by co-curator Ian Berry, and writings by Elissa Auther, Nick Debs, Arnold Kemp, Rebecca Morris, Michael St. John, Margaret Weatherford, and others.

Mary Weatherford: Canyon–Daisy–Eden is organized by guest curator Bill Arning and Ian Berry, Dayton Director of the Frances Young Tang Teaching Museum and Art Gallery at Skidmore College in collaboration with the artist.
twtweet this
fbshare on facebook 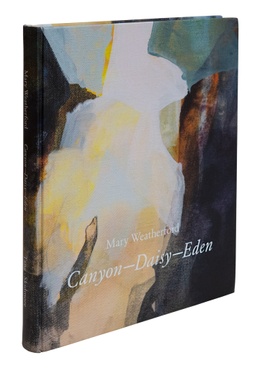 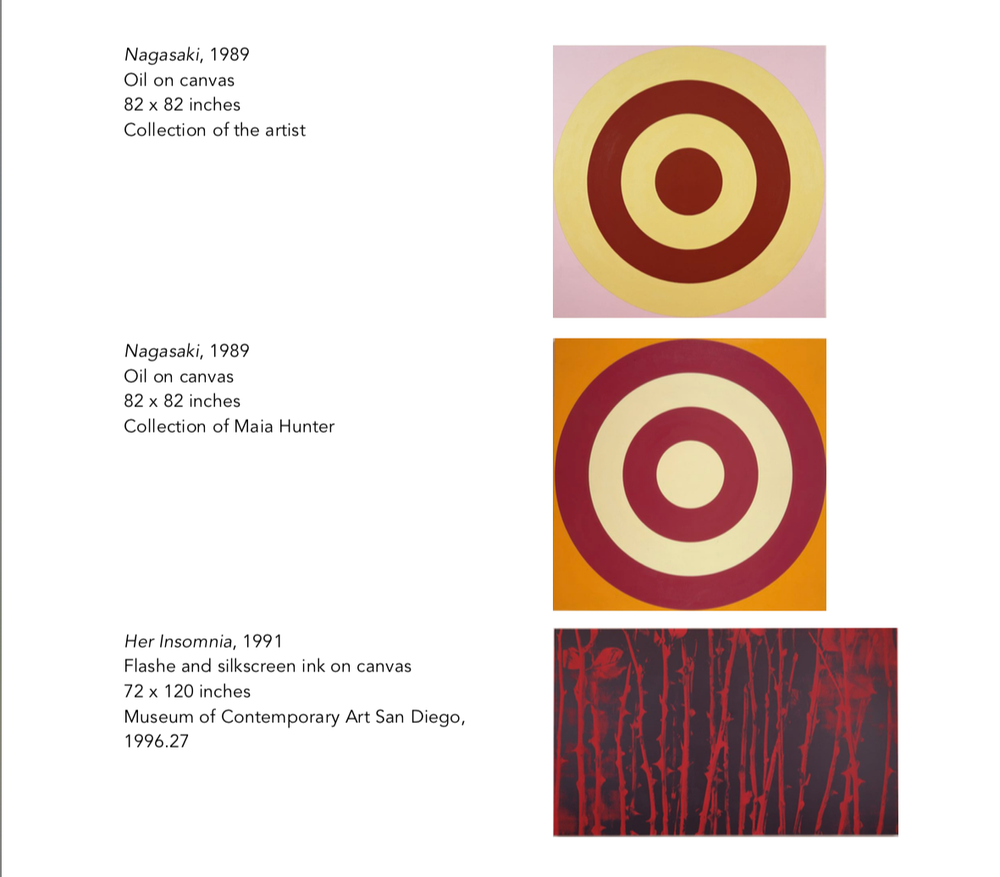 Mary Weatherford: Canyon–Daisy–Eden presents a survey of Weatherford’s career, drawing from several distinct bodies of work made between 1989–2017. 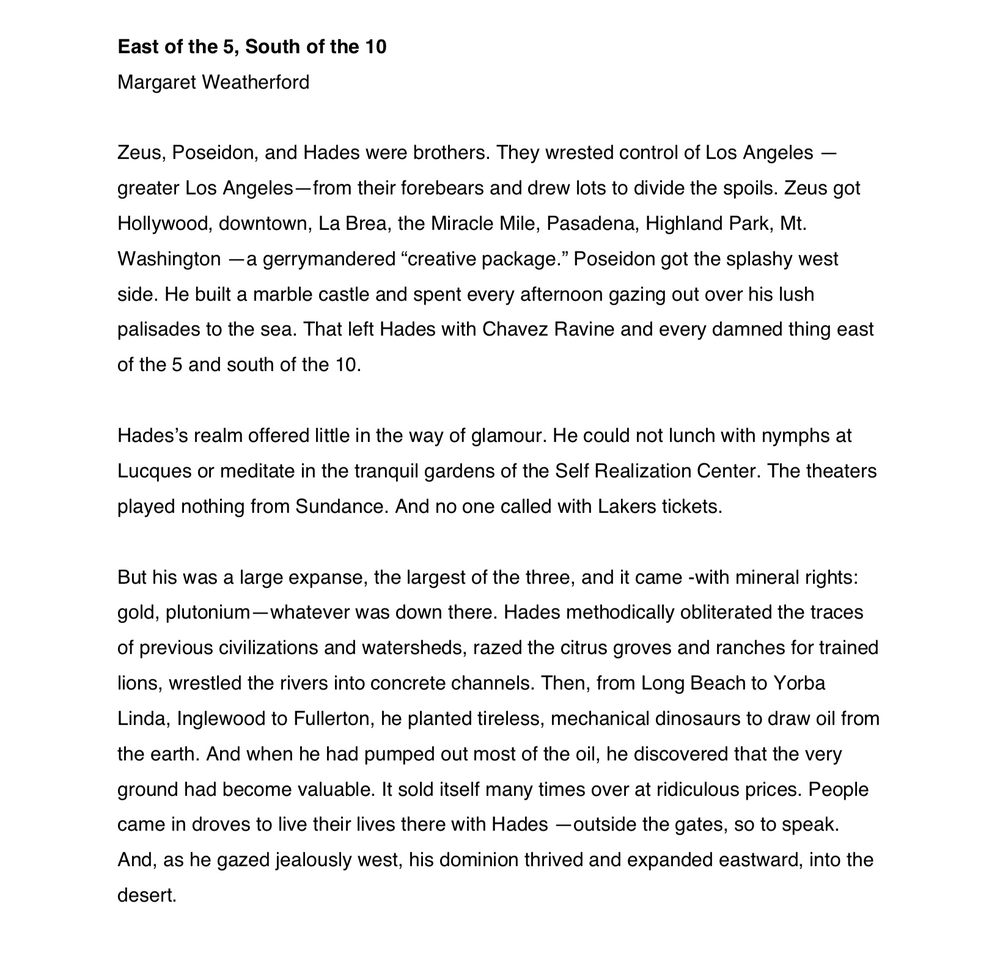 Preview writings by Margaret Weatherford and Arnold Kemp to be published in the forthcoming Canyon–Daisy–Eden exhibition catalogue.

Click here to read Margaret Weatherford’s story “East of the 5, South of the 10.”

Hear from the Artist

Artist Mary Weatherford joined co-curators Ian Berry and Bill Arning in a conversation in the gallery on February 1, 2020, the opening day of her exhibition Canyon–Daisy–Eden.

Listen to an audio excerpt from the talk here. 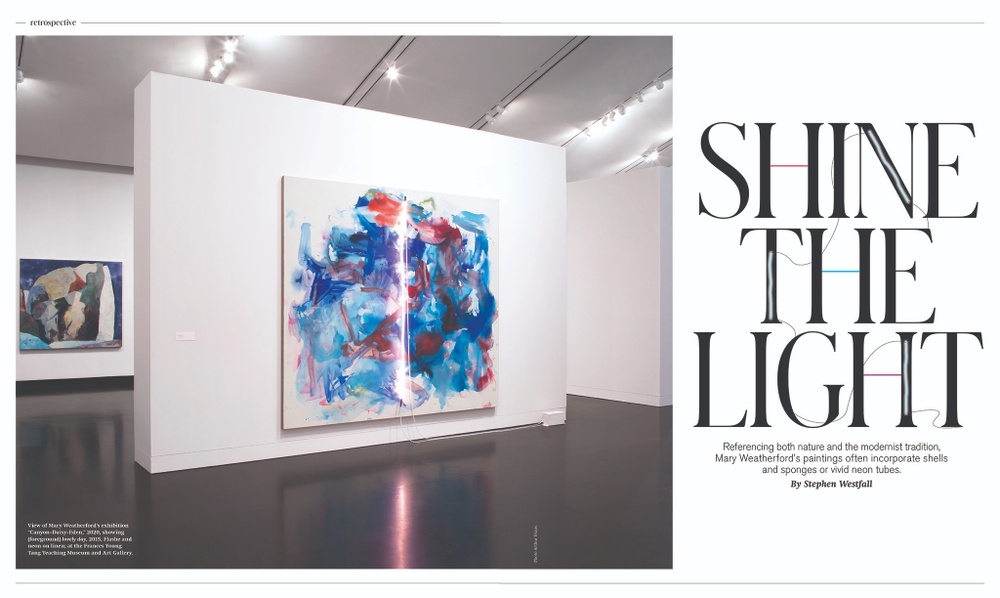