On March 29, 2017, Silvia Forni, Royal Ontario Museum Curator of Anthropology in the Department of World Cultures, spoke to the Tang about a collection of Asafo Flags that would be displayed in the exhibition If I Had Possession Over Judgement Day: Collections of Claude Simard.

The video above shows excerpts from our interview with Forni. A longer, edited transcript of the interview is below.

On the History of Asafo Companies and Asafo Flags

Asafo companies are the militias of the Fante states of Southern Ghana, and they are, and were in the past, the military arm of the state. In each state, which in many cases corresponds to a town or a village, there are between two and fourteen Asafo companies, territorial associations in charge of protecting a specific side and part of the state. In precolonial times, Asafo companies were protecting the state, going to warfare with enemies from other states, and then during colonial and postcolonial times, they morphed into a protective association of a different type. They maintain a ritual function that is meant to keep the community safe from a spiritual point of view. They perform rituals to the city gods, participate in annual cleaning and cleansing ceremonies, take care of the cleanliness of the community, make sure that people don’t walk around the streets of the quarter drunk and that teens stay safe, and they stay involved in the community. They are old formations born of a specific military function that were able to transform with the changing of society and maintain their relevance.

The flags are their insignia. Asafo companies have a number of art forms that they produce and a number of ways in which they state their presence in the territory. There’s a visual language that is broader than Asafo flags and that is understandable across mediums. One can find concepts, aesthetic, symbols, ideas, iconography that are also found in gold weights, on drums, in the shrines, and in a number of other three-dimensional or two-dimensional art forms. The biggest and most stable forms of visibility for the Asafo companies are their shrines, called Posuban, which protect the gods of the company.

On ceremonial ritual occasions and festivals, the companies come out with their uniforms and flags, the most shifting and creative performative embodiment of Asafo power. The most important appearance of the flag is when it comes out with the Frankaatunyi, the flag dancer, and it’s performed during rituals. That whole part is really about dance, it’s about choreography, it’s about performance, and it’s about the connection of the flag with the body of the dancer—which is completely lost in the museum environment. Flags are sometimes hung or strung in towns, especially if a company has many flags, then they could decide to string lines across town and usually connect it to their shrine, and hang a number of flags there during the ritual days. That is a way to make a strong claim of importance and wealth and relevance in the urban environment.

Every company has a range of flags, and they choose what to display depending on the occasion and the message that they want to convey. Flags are usually messages of pride and boastfulness, whereby one company is communicating to the public, to other companies, to their enemies, to bystanders ways in which they consider themselves to be superior or to be important. Asafo companies can have between eight to sixty flags, depending on how many new flags have been introduced, how good they’ve been in continuing to maintain and reproduce older types of flags, and overall the wealth and size of the company. Every time a new captain is installed, they have to produce a flag, and they can choose whether or not they’re reproducing an old symbol and an old motif or creating a new motif. There are different types of flags that companies use. Some reference proverbs or sayings or symbols that have been historically associated with the companies. In other cases, there can be new ideas and new iconography that is introduced based on recent events or interests that the company has developed or specific roles that the company has assumed.

There are specificities of the format used by Asafo companies. There are some figures and ideas that are quite specific. There is usually a pointing figure that indicates what people should be paying attention to. Sometimes the pointing figure is a captain or is a leader, and one can recognize the leader of the Asafo company because usually he or she is wearing a whip at his or her wrist, and so that is a clear sign of leadership. The leader or another Asafo member is somehow indicating what the main topic, what the main message, is on the Asafo flags. And that’s not necessarily something that is found in other forms.

Flags convey a specific sense of identity, even though they’re much less formalized than the kind of flags we may be accustomed to in the West, whereby there’s no possibility of shifting interpretations. In Asafo flags, there is a greater level of variability, but there are certain things that are strictly codified, and if people use or misuse colors and symbols, it can be a source of great tension and sometimes conflict. Asafo companies would challenge one another or find ways to upset other companies by intentionally manipulating the use of symbols and colors to create fights or to send very defiant messages to other companies. There’s no Asafo flag that is created by chance. The colors are always regulated and the symbols are always mandated by the company. The artist who produces the flag can shape the composition, but they would not be able to decide the color of the background, for example, or the iconography.

Each one of these examples at the Tang connects with a specific company history and a specific company iconography. However, the colors and the symbols change from town to town, from village to village. So what is tricky with Asafo flags is that unless you know where it has been collected, it’s very, very difficult to trace back a flag to a place. The red background in Cape Coast would clearly identify No. 1 company, Bentsir, but in Gomoa Dago, it would be No. 2 company, Tuafo, and in another town, it could be any other number of companies. The connection between colors and symbols is always site specific.

The earliest accounts that talk about flags and companies are from the late 1600s, early 1700s. However, we really don’t know the way the flags looked then. These types of flags were probably in this format that developed increasingly under British colonial rule, probably in the late nineteenth, early twentieth centuries. There are many similarities between this format and British colonial flags, in the sense that they had the British flag in canton, and then a narrative space in the mainframe of the flag. Whether the British colonial flags were inspired by local flags or the other way around, I don’t think there is anybody that has assessed that for sure. There is definitely an intersection. 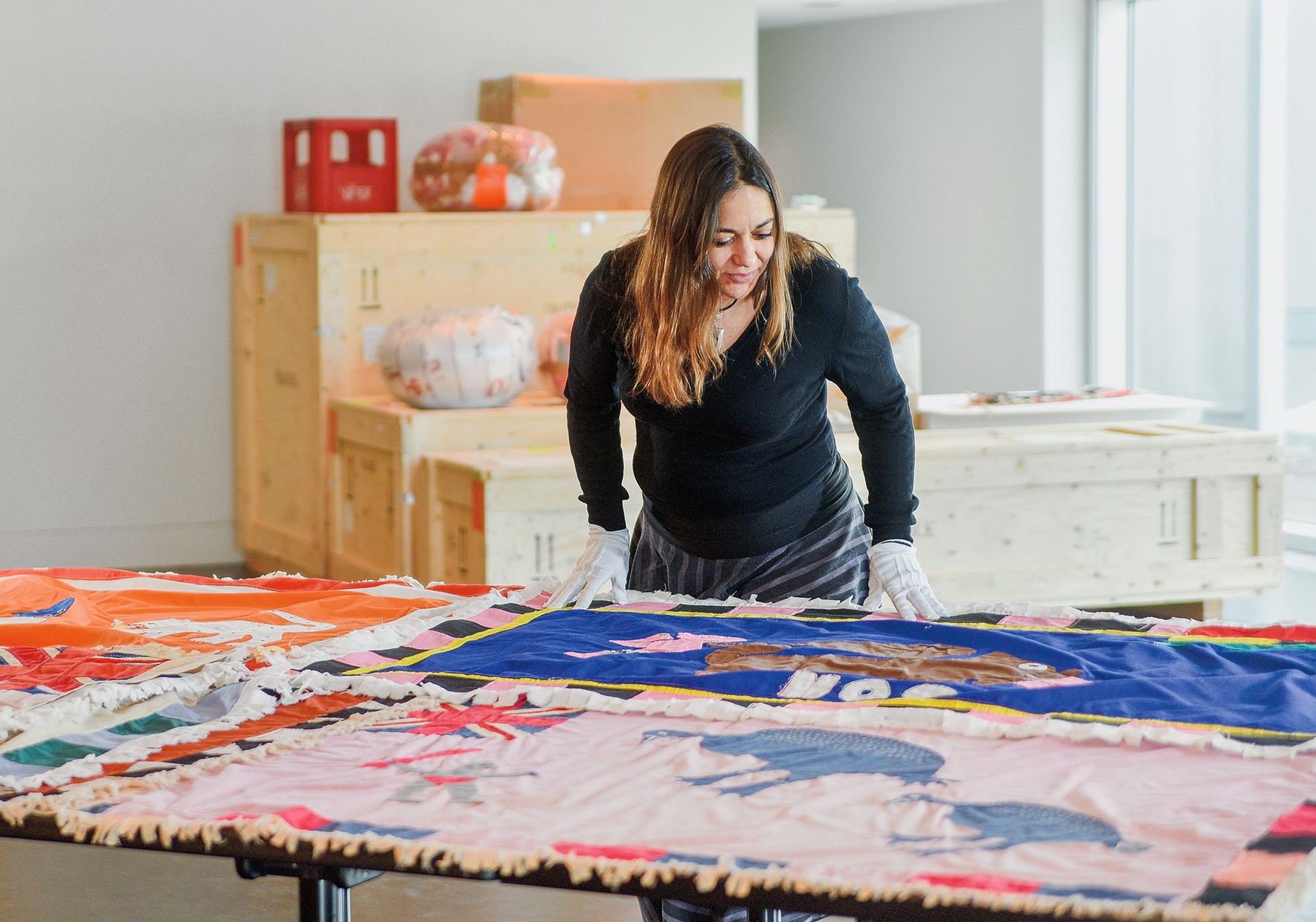 On Asafo Flags in the Market and in the Museum

The meaning and the significance of the flag are in the context of use. When displayed in museums, one loses the embodied movement and performative aspect of the flag. The disconnect and loss of meaning happens before the museum, in the moment in which the flag enters the market, and it happens quite immediately because it’s very rare that dealers would collect specific field information about the flag, whether intentionally or not. Buying a flag can be a complicated deal. There are flags that are stolen, but there are many, many flags that are sold. How many people are involved in the sale of the flag and who reaps the benefit from the sale of the flag can be contentious issues. The same workshops are often times producing for both markets, so it’s not easy to distinguish a flag that belonged to a company from a flag that was made for the market just by looking at the way the flag was made.

When it comes to African art there is a tendency to deny the market or to see the market as evil intervention that undermines the authenticity of the objects themselves. In this case, the market is what has sustained the savoir faire of the flag making. It is what has made it possible for workshops to continue to specialize in flag making, and in certain cases to actually produce quite sophisticated and well-made objects because it becomes a sustainable activity. There are flag makers that make three flags a week, and so they become specialists.

I’ve heard and I’ve witnessed, specifically in Ghana, some people get quite upset by the thought that these flags are in Western museums. There is definitely, in certain cases, a claim of ownership and inappropriate positioning of these flags, and a strong reaction to the thought that these would be objects circulating in the market. I have heard people saying these objects should be repatriated. However, the counter to this is that when I was going around with my binders full of images of Asafo flags that had been taken out of Ghana, almost never was I able to identify specific sites of origin or find people that would say, “This is our flag,” or that would be able to reconnect and re-identify specific objects with specific locations. 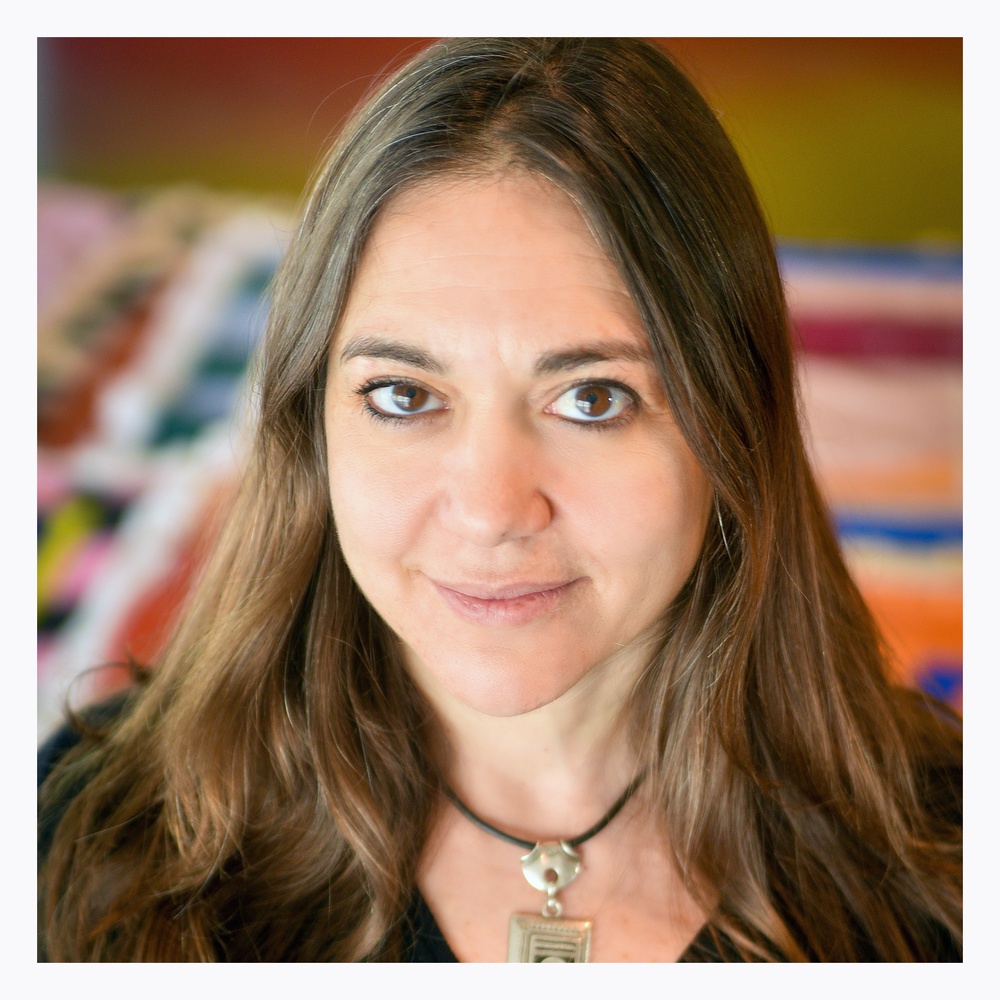 About Silvia Forni
Silvia Forni, PhD, is Curator of Anthropology in the Department of World Cultures at the Royal Ontario Museum (ROM) in Toronto and Assistant Professor of Anthropology at the University of Toronto. She is responsible for the permanent and rotating display of African artworks in the Shreyas and Mina Ajmera Gallery of Africa, the Americas, and Asia Pacific. Among other projects, she curated Art, Honour, and Ridicule: Asafo Flags from Southern Ghana at ROM and is coauthoring a book on the same topic with Doran H. Ross.

If I Had Possession Over Judgement Day: Collections of Claude Simard
Exhibition
Asafo flags
Collection
i
Pattern by Abby Fuess ’18
Inspired by the exhibition Other Side: Art, Object, Self
The Tang Pattern Project celebrates the Museum’s 20th anniversary. Organized by Head of Design Jean Tschanz-Egger, past and current Tang Design Interns created patterns inspired by the Museum’s exhibition and event history.
See all patterns