Paula Wilson lives and works in Carrizozo, New Mexico. Working in a desert town with a population of 900 outside of urban art centers has allowed her space and time to explore deeply interconnected synergies between art and life. Her artwork is a hybrid, pattern-filled mosaic of materials and imagery that mixes biography and body with fashion and technology—equal parts grounded craft and visionary thinking. She is a feminist multicultural maker experimenting with new ways to realize her artwork from how it is developed in collaboration with others to how it is physically deployed in spaces. In 2008, Wilson and her partner, Mike Lagg, started MoMA ZOZO, a unique artist-in-residence series/gallery/studio/community gathering space that is fast becoming a hub of creativity in their small town.

I asked Paula if she could recall making Data Unloaded in that same year, and she offered this memory of the time and its sources:

Data Unloaded is a stand-alone piece. I made it on the kitchen table of David Humphrey & Jennifer Coates’s apartment where I was staying while I worked for Kara Walker one summer. I had begun my move to New Mexico but returned for the opportunity to assist Ms. Walker on her second puppet video. Without a studio, the space of this paper became my minute visual playground.

I’d recently bought this used book, Embroidered Gardens by Thomasina Beck (1979), which relates  the history of gardens to the needlework that existed simultaneously. I was fascinated by how distant our modern concept of a garden is from its medieval and Elizabethan origins—thinking about containment, patterns, symbolism, and planning … relating woven stitches to pixels … women’s work, wanting to exult and bust out!

Looking at Data Unloaded I think of Wilson’s life now in New Mexico and how this collage/painting looks and feels like a diagram of that life she was about to embark on. I asked Paula how this work, almost ten years later, looks to her now. How does it fit within her evolving whole-life practice—does it feel like she somehow manifest MoMA ZOZO with a work like this? Is it a dream, or a road map of sorts? She replied:

When I look at Data Unloaded today, I’m struck by the visualization of technological machinery—unfurling pixels that unleash a pattern deviating from order. I like the idea of a road map, as you put it. Depicting a freedom of expression with ones and zeros that don’t often get to be something fun and unexpected. My current life in Carrizozo feels possible because of the connective threads of the Internet. It feels like I live in a you-create-your-own-reality zone. A Minecrafted space, if you will. It hadn’t occurred to me until you asked, but I find that Data Unloaded reflects the ethos that surrounds my life in New Mexico quite aptly.

When I woodblock printed the compact discs in Data Unloaded, MP3 players were becoming ubiquitous and the CD was destined to become obsolete. In New Mexico one farmer hung CDs from fruit trees to deter the birds. The light bounced off the discs, spinning. CDs had transformed from cutting-edge technology to decorations or light reflectors to detract birds.

Art is the vehicle to show how speed, loss, and our senses get altered over time. 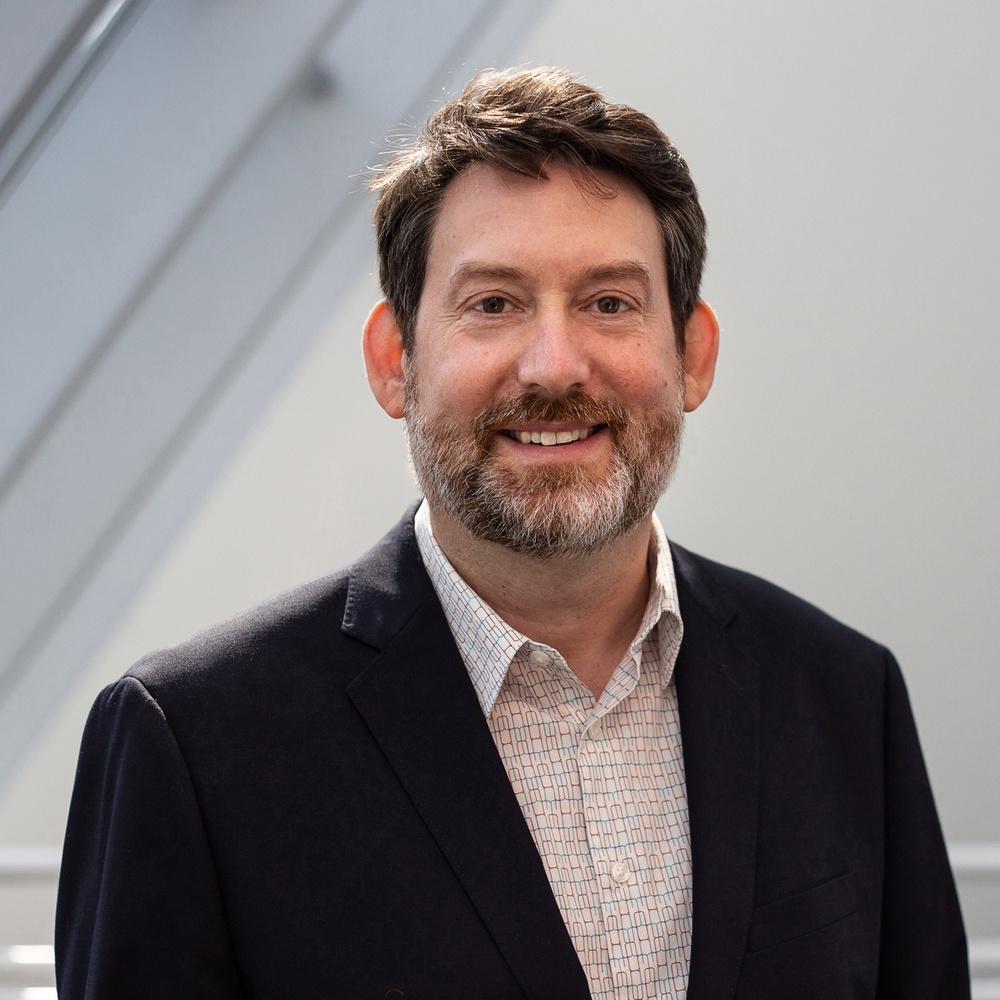 Berry received his MA from the Center for Curatorial Studies at Bard College in 1998 and served as Assistant Curator at the Williams College Museum of Art before coming to Skidmore in 2000. In his role as Professor of Liberal Arts at Skidmore he teaches the Art History seminar Inside the Museum and is a frequent guest speaker for a wide variety of academic departments. Berry is also the author and editor of many volumes devoted to contemporary art practice.