Portraiture, at its very core, is about capturing the likeness of an individual. For photographer Zanele Muholi, the genre has provided a tool with which to create lasting imagery of the black queer community in South Africa, to firmly establish her subjects’ visibility and presence among us. And what enables Muholi to extend her portrait photography into a realm that boldly posits the contention between strategy and spectacle is the artist’s ability to underscore in both overt and subtle ways the range of feminine and masculine qualities and physical attributes that are played out within a single image—and by extension within us as viewers. How do we recognize who is before us? What of our own ideas, experiences, and misconceptions do we map onto an image? And in what ways, time and again, do the people pictured resist our seemingly innate desire to name them?

Scholar bell hooks has noted that the “oppositional gaze” can be seen as a site of resistance for colonized black people globally.(1) Muholi’s sitters—and sometimes the artist in her own self-portraits—look directly at us, unflinching and grounded in who they are. Accordingly, hooks’s assertion that there are layers of power relations embedded within the act of looking highlights the ways in which this act is reflexive: it works both for the looker and those who are looked upon. It is in this context that Muholi’s work HeVi, Oslo must be read. In this black-and-white image, the artist presents herself in a full-frontal, partially revealed nude pose, her eyes directly engaging the viewer. Muholi is situated in an outdoor setting, her curly Afro blending in with both the color of the foliage and the bending curves of the leaves behind her. Similar to the ways in which Muholi’s photographs of others work to acknowledge and subvert the traditional gaze of portraiture by using the genre to disrupt and complicate the visual identity of black South Africans, the artist’s self-portraiture is equally considered, composed, and psychologically probing. Muholi is both present and absent; she is visible and yet blends or fades into the background of the image. She invites us to pause and take in the entire scene from foreground to background, from left to right, while the artist keeps a watchful eye. Perhaps this is a metaphor for Muholi and her South African black queer community’s very existence—one that is both seen and unseen—and for the ways in which she draws from her practice in an effort to solidify its existence and generate meaningful and undeniable acts of insertion into the world. 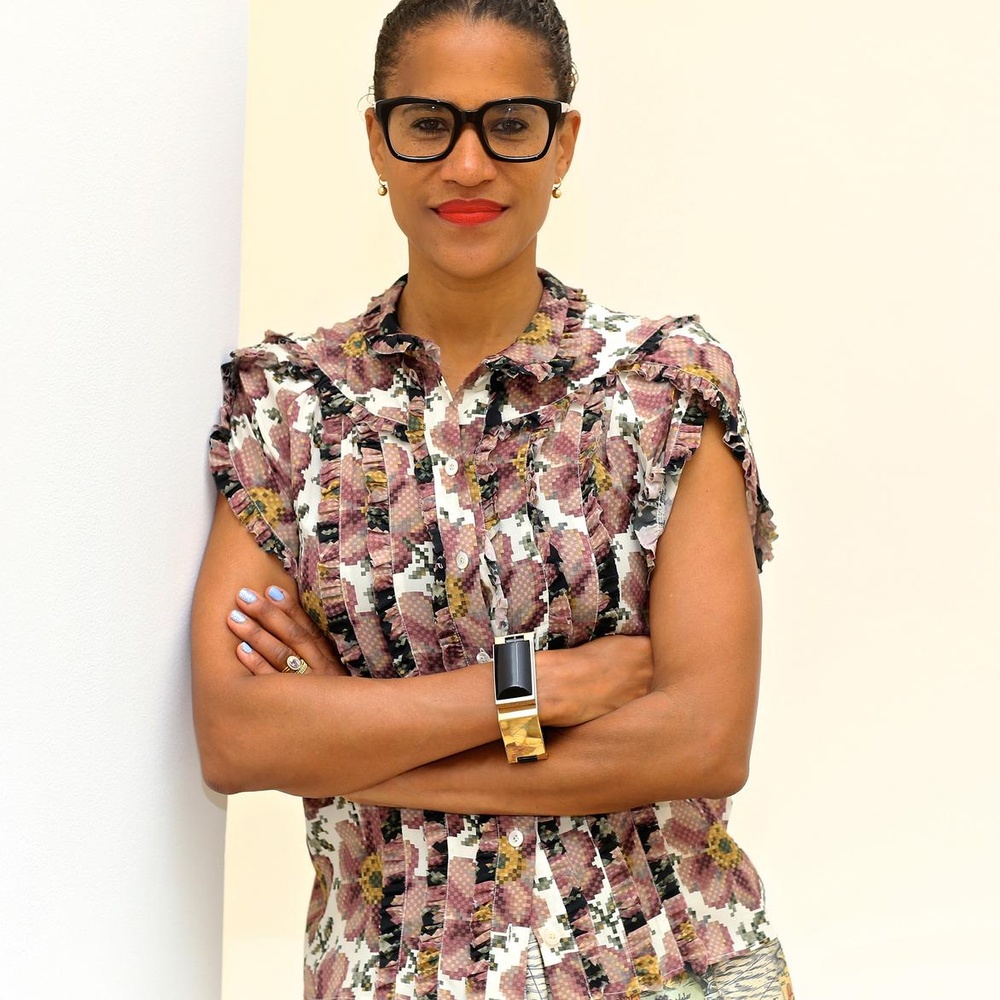 About Isolde Brielmaier
Scholar and curator Isolde Brielmaier, the Tang Teaching Museum’s Curator at Large, is also Assistant Professor of Critical Studies in the Department of Photography, Imaging, and Emerging Media at Tisch School of the Arts at New York University. She holds a Ph.D. in art history from Columbia University. Brielmaier’s areas of scholarly interest include: global visual culture; race, gender, class studies; social media; technology; contemporary patronage and artistic practice; and the ongoing dynamic between art, artists, and the international art market, as well as the public and private sectors.

Other Side:
Art, Object, Self
Exhibition