Dyke Action Machine! was around for seventeen years, which is an unusually long time. I think it’s because we only did one or two projects a year. Sue Schaffner, DAM! cofounder, and I would have these intense work sessions, and then we’d do our own thing. Our context was advertising because we lived in New York, where the streets were covered with posters, and we both worked at ad agencies. Everything was being pitched to straight consumers and, as lesbians, we were literally invisible in the mainstream media. About five years into our collaboration, it started to dawn on us: Is being recognized by capitalism the only way to verify your identity? And, ultimately, is that the best way to change culture?

A lot of the projects were done during June, Gay Pride Month in New York City. We would hire professionals to wheatpaste specific neighborhoods in Lower Manhattan, refreshing those areas over several weeks. Using a company protected our posters from “sniping,” the slang term for papering over someone else’s work. We would typically put up around four thousand posters during a project. Posters were an important means of communication in the East Village during the 1980s. The street was where mainstream advertising and radical, political messaging existed side-by-side.

Do You Love the Dyke in Your Life? (1993) was an appropriation of an ad for Calvin Klein underwear. Everything in the posters was made pro bono. Sue did the photo shoot, all the models were friends. At the time, you needed very powerful computers to do this stuff, which we didn’t have. I stayed late at work a lot, or we used our colleagues’ retouching studios. These posters were collective efforts.

Dyke Action Machine! (New York, New York, active 1991 – 2008)
Straight to Hell, 1994
offset poster
Gift of Carrie Moyer
2019.4.4
Each of these posters marks an era in the gay and lesbian civil rights movement. Straight to Hell (1994) critiques the “Don’t Ask, Don’t Tell” policy of the Clinton Administration. Lesbian Americans: Don’t Sell Out! (1998) responded to the idea of targeted advertising and spoke to lesbian consumers. At the time, there were marketing consultants that helped advertisers access gay consumers. According to their stats, a picture of two women in a Subaru would increase your sales. There was a lot of conversation about that in the gay press.

Dyke Action Machine! (New York, New York, active 1991 – 2008)
Gay Marriage: You Might As Well Be Straight, 1997
offset poster
Gift of Carrie Moyer
2019.4.5
The project about gay marriage, Gay Marriage: You Might as Well Be Straight (1997) was probably our most provocative. At the time we made it, New York City allowed you to register your domestic partner, but you couldn’t actually get married. Your name simply ended up somewhere on a list of domestic partners. Sue and I had a lot of questions: Why did marriage become the central issue in the gay civil rights movement? Do we want to shoehorn ourselves into the current structure? It never made sense to us. I did end up marrying my partner, Sheila Pepe, because it seemed weird to say, “No, I don’t want to marry you,” after twenty very happy years together! From a feminist perspective, one of the main functions of marriage has been to boost the financial wellbeing of the wife, so the idea of two women getting married in such a system ensures they will remain at the bottom of the economic ladder. On the other hand, we’ve had gay people who’ve asked for the posters to give out at their own gay weddings. I read that gesture as tacit acknowledgment of the conundrum marriage poses for lesbians.
Originally published in Accelerate: Access & Inclusion at The Tang Teaching Museum 3 (2019) 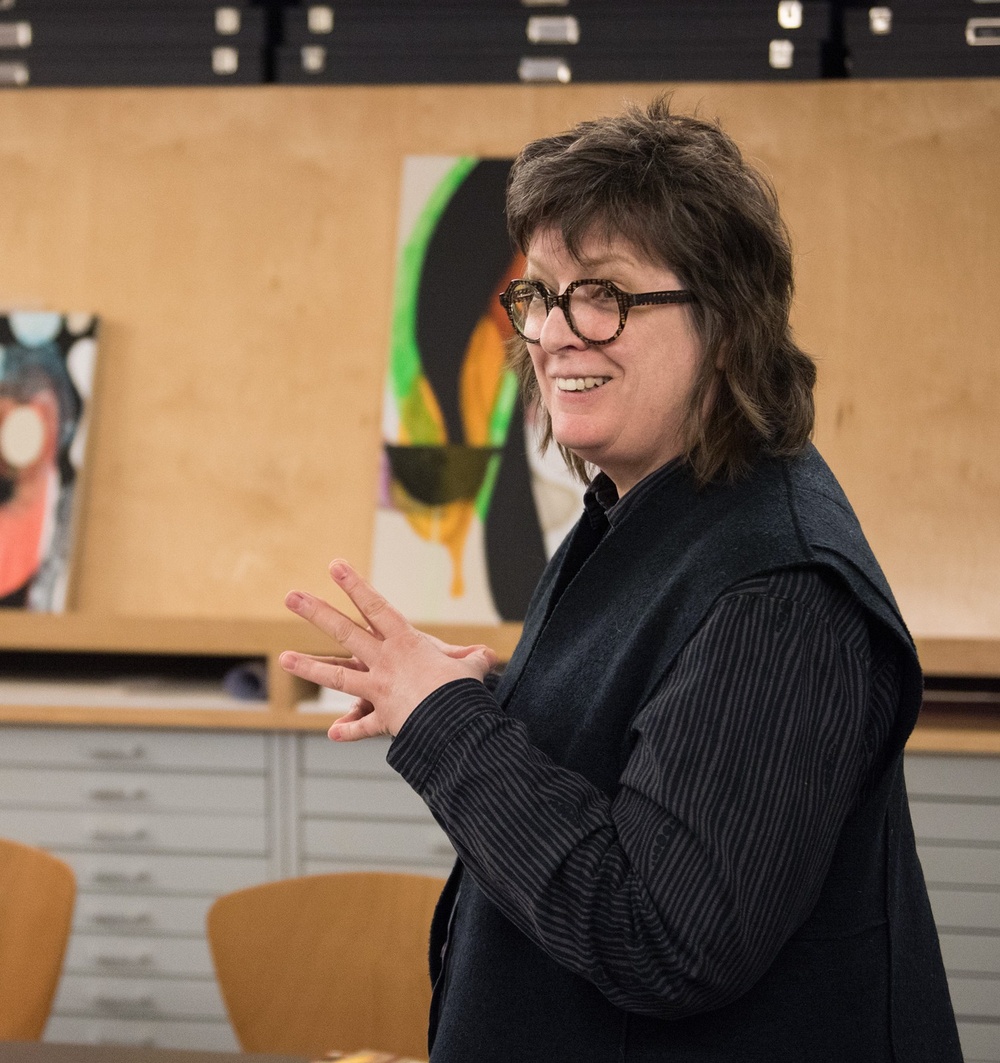 About Carrie Moyer
A painter, designer, and writer, Moyer was born in Detroit, Michigan, in 1960. In 1985, she received her BFA in painting from Pratt Institute in New York, where she continues to live and work. After graduating, Moyer fueled her energy into activism, creating agitprop for groups such as ACT UP, Queer Nation, and Dyke Action Machine! (DAM!), which she co-founded with Sue Schaffner in 1991. She earned her MA in Computer Graphic Design from the New York Institute of Technology in 1990. In 2001, Moyer received her MFA in painting from Bard College. Currently an Associate Professor in the Department of Art at Hunter College, Moyer has exhibited work in solo exhibitions at Worcester Art Museum, CANADA, New York; American University Museum, Washington, DC; and Diverseworks, Houston; among others. Her writing appears in Art in America, Brooklyn Rail, Artforum, and Modern Painters.

Opener 24: Carrie Moyer — Pirate Jenny
Publication
Gay Marriage: You Might As Well Be Straight
Artwork
Do You Love the Dyke in Your Life?
Artwork
i
Pattern by Fiona McLaughlin ’20
Inspired by the exhibition Opener 28 - Erika Verzutti: Mineral
The Tang Pattern Project celebrates the Museum’s 20th anniversary. Organized by Head of Design Jean Tschanz-Egger, past and current Tang Design Interns created patterns inspired by the Museum’s exhibition and event history.
See all patterns