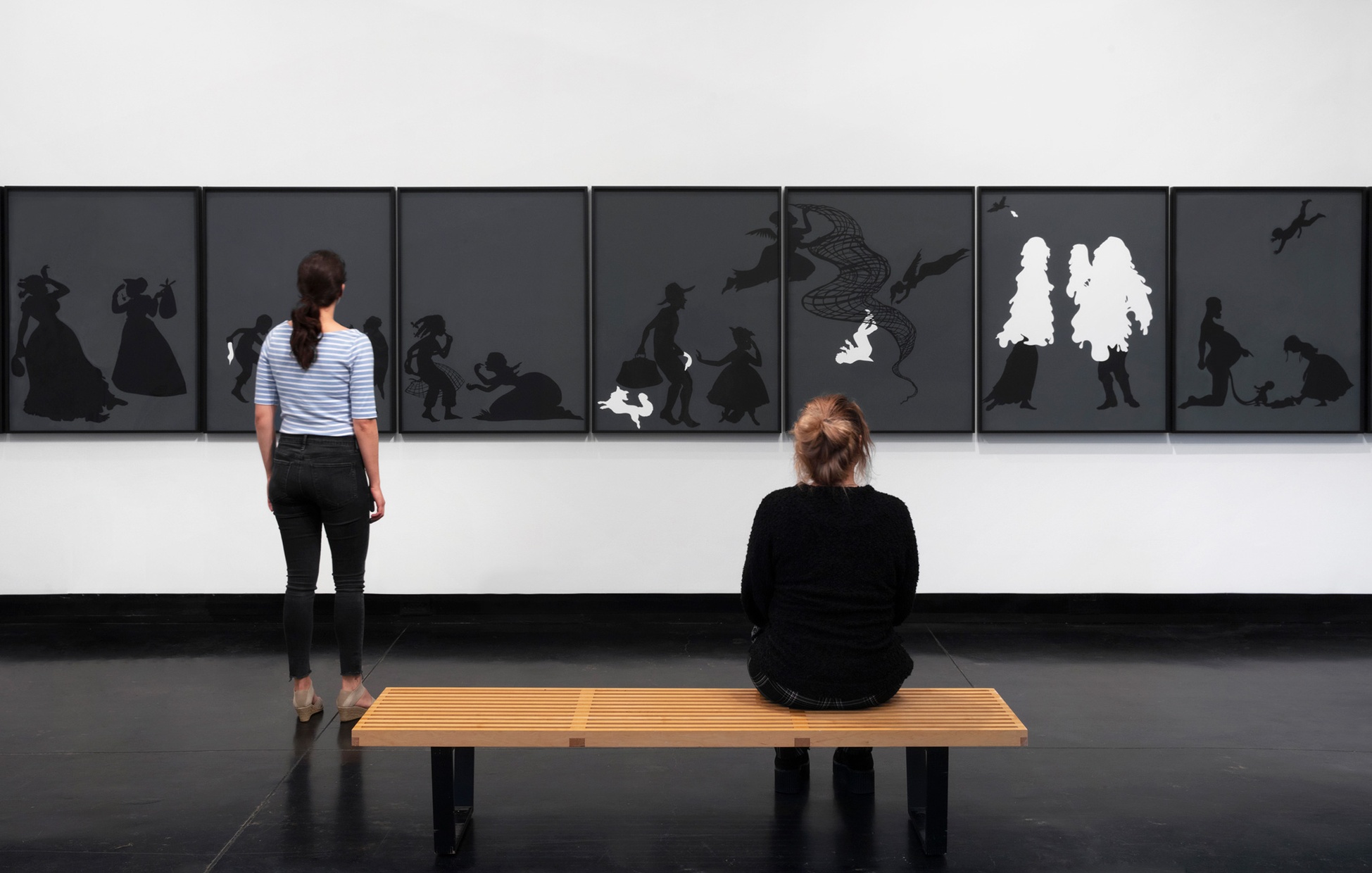 What is the Emancipation Proclamation and What Did It Achieve?

On January 1, 1863, President Abraham Lincoln issued the Emancipation Proclamation, an executive order asserting that all people held as slaves in Confederate states be permanently and unconditionally liberated. A recognized and frequently reproduced document, the Proclamation is thought by many to have revolutionized US race relations and the lived experiences of black enslaved people. Though monumental in concept, the Proclamation did not actually free any enslaved people in practice; it applied only to Confederate states, over which Lincoln did not possess executive authority. Thus, those enslaved both in the North and the South remained lawfully enslaved—until the ratification of the Thirteenth Amendment nearly three years later—in spite of supposed emancipation. Ultimately, the document’s value and impact were more symbolic than they were tangible. With its powerful language and insistence upon freedom for all, the Emancipation Proclamation laid the ideological foundations for a United States in which citizenship and basic human rights are, in theory, unbounded by racial classifications.

Why Did Abraham Lincoln Proclaim Emancipation?

Just as the concrete impact of the Emancipation Proclamation is commonly overestimated, the objectives on which the document was founded can be similarly misunderstood. While President Abraham Lincoln’s decision to declare emancipation is sometimes revered as a bold abolitionist gesture, it was not necessarily the product of undiluted intentions. Above all, Lincoln was committed to ending the Civil War with a Union victory. He recognized that shifting the conversation to emancipation would communicate that the war was not merely a military conflict but an ethical one as well. He hoped that this moral dilemma would work in the Union’s favor by encouraging international support from countries like France and England, both of which had already outlawed slavery. Ultimately, the Emancipation Proclamation was more a camouflaged strategy for preserving the Union than it was an authentic denunciation or elimination of slavery.

How Did Enslaved People Fight for Their Own Emancipation?

It is crucial to acknowledge that President Abraham Lincoln’s desire to protect the Union was not the sole factor pushing him to issue the Emancipation Proclamation; enslaved people of African descent fought to put their freedom on the war’s agenda. As Union troops descended farther into Southern territory, thousands of enslaved people in Confederate states escaped across Northern lines. Once in Northern territory, many escapees began providing noncombatant labor for the Union Army, which they knew would weaken the Confederacy over time. Indeed, Lincoln eventually acknowledged the military advantage of having escaped black laborers in the North, which led him to authorize the formal enlistment of black male soldiers in the Union Army in the Emancipation Proclamation. Thus, the Proclamation was partially the product of the collective action of those who escaped slavery. It is a harmful misconstruction of history to credit Lincoln and his Proclamation with single-handedly “freeing the slaves” when many enslaved people acted as agents of their own freedom.

How Were the Experiences of Black Women Impacted by the Emancipation Proclamation?

With the Emancipation Proclamation, black men were permitted to enlist in both the Union and Confederate Armies as military personnel (though they received lower wages and worse treatment than their white counterparts), whereas black women continued to work as noncombatant laborers without compensation. Escaped and formerly enslaved black women were critical assets to both the Union and Confederacy, serving as nurses, camp cooks, chambermaids, laundresses, and seamstresses, among other roles—however, their contributions are frequently forgotten or overlooked. Moreover, black women were continually subject to sexual, psychological, and physical violence from their male superiors, as was also commonplace for enslaved women. Even during the decades following emancipation and the resolution of the Civil War, black women were continually denied basic human rights and dignity and were forcefully excluded from feminist movements. For instance, several prominent white suffragists, such as Lucretia Mott and Elizabeth Cady Stanton, began their activist careers as fervent abolitionists, yet continually failed to represent poor women and women of color in their fights for universal suffrage. In fact, the National American Woman Suffrage Association, composed entirely of white women, forbid black women from becoming involved. Instead, black women formed their own organizations in order to challenge the systematic racial discrimination in which numerous white women reformers were complicit. Today, many legal forms of racism may cease to exist in the United States, but the legacies of slavery and other racist institutions perpetuate vast inequities based on race, gender, and ethnicity.

The Emancipation Approximation: An Analysis of Scene 18 through a Historical Lens

While Kara Walker’s The Emancipation Approximation alludes to a breadth of historical accounts, myths, and personal experiences in both its content and form, its title signals an explicit reference to President Abraham Lincoln’s 1863 Emancipation Proclamation. With this historical context in mind, I am inclined to see Walker’s figural silhouettes in Scene 18 in particular as symbolic of the oppressive relationship between black and white women post-emancipation. In this reading—one of many possible interpretations—a black silhouette resembling a woman hoists a white silhouette, also resembling a woman, above her head, hunching her back beneath the implied weight. The silhouette colors perhaps allude, in this particular scene, to skin color. The white figure’s immense, over-flowing skirt exceeds the width of the black figure, dominating the composition and nearly shrouding the lower figure’s head. While the white figure’s posture is upright with her profile tilting toward the top of the frame, the black figure below appears to focus her gaze toward the bare foot that scarcely escapes from beneath her skirt. The contrasting colors and placement of the two figures remind me of white women’s ascendance within mainstream abolitionist and feminist movements that too often neglected women of color. The activism of black women like Sojourner Truth and Harriet Tubman, among others, has been historically disregarded and overshadowed by that of white women—even those who claimed to fight for racial equality and received black women’s support.

“… all persons held as slaves within any State or designated part of a State, the people whereof shall then be in rebellion against the United States, shall be then, thenceforward, and forever free …”

“… the States and parts of States wherein the people thereof respectively, are this day in rebellion against the United States, the following, to wit: Arkansas, Texas, Louisiana, (except the Parishes of St. Bernard, Plaquemines, Jefferson, St. John, St. Charles, St. James Ascension, Assumption, Terrebonne, Lafourche, St. Mary, St. Martin, and Orleans, including the City of New Orleans) Mississippi, Alabama, Florida, Georgia, South Carolina, North Carolina, and Virginia, (except the forty-eight counties designated as West Virginia, and also the counties of Berkley, Accomac, Northampton, Elizabeth City, York, Princess Ann, and Norfolk, including the cities of Norfolk and Portsmouth[ )], and which excepted parts, are for the present, left precisely as if this proclamation were not issued.”

“Black Soldiers in the US Military During the Civil War.” National Archives, accessed August 15, 2019, https://www.archives.gov/education/lessons/blacks-civil-war.

Untitled gallery guide for “Emancipating the Past: Kara Walker’s Tales of Slavery and Power.” Jordan Schnitzer Museum of Art, 2014, https://jsma.uoregon.edu/sites/jsma1.uoregon.edu/files/Emancipation%20Approx.pdf.

About Jane Cole
Jane Cole ’21 is an art history major and political science minor at Skidmore College, with a particular interest in American contemporary painting and drawing, as well as curatorial activism. She works as an Exhibitions and Curatorial Assistant at the Tang Teaching Museum and assisted with the exhibition Beauty & Bite.

Kara Walker: Narratives of a Negress
Publication
i
Pattern by Emma Fritschel ’19
Inspired by the exhibition Twice Drawn
The Tang Pattern Project celebrates the Museum’s 20th anniversary. Organized by Head of Design Jean Tschanz-Egger, past and current Tang Design Interns created patterns inspired by the Museum’s exhibition and event history.
See all patterns