On October 6, 2016, playwright Caridad Svich presented an essay about Johannes VanDerBeek’s Ruins from the Tang collection. Following her talk, Skidmore students performed in front of the artwork excerpts of her play The Orphan Sea (which was having its multilingual premier at Skidmore’s Black Box Theater, directed by Skidmore professor Eunice S. Ferreira).

From the Small Things … or the Politics of Hope

I’d like to begin with a story, maybe even a parable of sorts. I have started to think about love and politics, and how at a time where militant sectarian violence appears to have overturned world order alongside the simultaneous rise of neoliberal economics as a new kind of “faith,” finding love among the ruins of civilization may be the only chance we have to progress as societies.

Now, to wit: I am not talking about a free and easy love, but one that asks all of us to bear witness to suffering, and to then move through it toward acts of communion, transcendence, and a direct appeal to selves that we do not recognize—namely, the self in love, the self that is ecstatically outside itself, the self that becomes selfless and at the same time a greater self (because of it)—one capable of seeing beyond the self and able to take in, or try to take in, the whole of humanity.

But I get ahead of myself here, because of course in neoliberal market-driven value systems, it is very hard to transcend the self; it is hard indeed to even see the rest of humanity.

These thoughts arise out of that which Ruins evokes through its materiality of impermanence. Here, Johannes VanDerBeek posits, are the scraps of rubbed-out, frayed, buried, photographed images from Life, Time, National Geographic, and other magazines, embedded in the ruins of a past held together, cobbled together, with wood and glue. Here are the lives of humans and nature, and humans in nature that remain after years—slivers of images arrested by time, pulling at memory’s tide. Crude and ephemeral, our lives and the record of our lives will be seen one day as merely this: ruins.

Look here. This was once Western democracy.

Perhaps someone will say.

Look how life was lived then. What can you imagine from this assemblage?

What images remain on the retina after the specter of Ruins falls away, and in turn, also becomes ruin, a hollow shape made of ephemera from the past?

In weakness, there is strength. In fragility, there is hope.

From the small scraps of these memory pieces, one might begin to apprehend not only a sense of one’s own fragility and mortality, but also the necessity to register and take stock of the small things before they, too, approach the vanishing point.

And this gets me to thinking about politics and words like “hope,” which are bandied about in callow and ideologically persuasive ways. 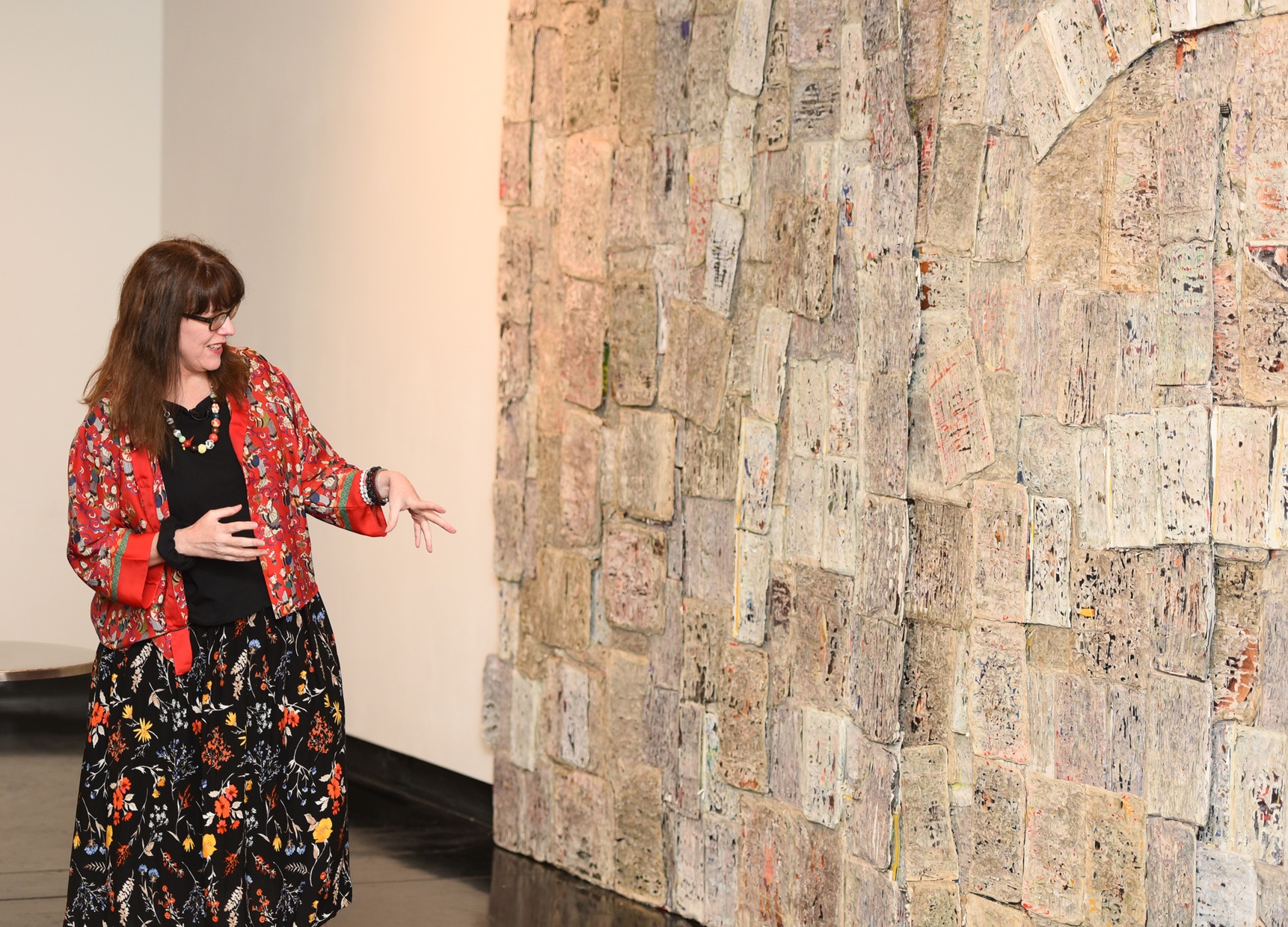 But hope is hard-won. Even among the ruins. Because it asks us to put some faith in and register the small things.

Now, what do I mean by this?

Sometimes lists help. They can be another assemblage of life.

What ruins would be left of us then?

Originally published in Accelerate: Access & Inclusion at The Tang Teaching Museum 1 (2017)
About Caridad Svich
Caridad Svich is a playwright whose English and Spanish works have been performed at venues across the United States, as well as in Chile, Germany, Uzbekistan, and elsewhere. She has edited several books on theater and sustains a parallel career as a theatrical translator, chiefly of the dramatic work of Federico García Lorca as well as other writers. She received a 2012 Obie Award for Lifetime Achievement in theater, among other notable awards.

I was a double
Exhibition

‘From Small Things… or the Politics of Hope’: An Evening with Caridad Svich
Event
Johannes VanDerBeek
Artist