Join us on Monday, February 11, at 6:00 pm, for an Accelerator Series panel discussion on navigating forgiveness, redemption, and rejection. This conversation, moderated by Tang Curator-at-Large Isolde Brielmaier, will include the artists Alexandra Bell and Lyle Ashton Harris, and Skidmore College Professor of Sociology and Director of the Project on Restorative Justice David Karp.

This event is free and open to the public.

Alexandra Bell is a multidisciplinary artist who investigates the complexities of narrative, information consumption, and perception. Using various media, she deconstructs language and imagery to explore the tension between marginal experiences and dominant histories. Through investigative research, she considers the ways media frameworks construct memory and inform discursive practices around race, politics, and culture. Her work has been exhibited at MoMA PS1, We Buy Gold, Koenig & Clinton Gallery, The Nathan Cummings Foundation, Atlanta Contemporary, Pomona College Museum of Art, Spencer Museum of Art, and Usdan Gallery at Bennington College. She received the 2018 International Center of Photography Infinity Award in the applied category, is a 2018 Soros Equality Fellow, and a 2018-2019 Bard at Brooklyn Public Library Fellow. Bell holds a BA in interdisciplinary studies in the humanities from the University of Chicago and an MS in journalism from Columbia University. She lives and works in Brooklyn, New York.

Lyle Ashton Harris’s diverse artistic practices include photography, collage, installation, and performance art. His work explores intersections between the personal and the political, examining the social and cultural impact of ethnicity, gender, and desire. His work is included in the collection of the Museum of Modern Art, New York, and has been exhibited in the Venice Biennale, the Bienal de São Paulo, and the Centre Pompidou in Paris. He was the 2014 recipient of the David C. Driskell Prize from the High Museum of Art, Atlanta, and a John Simon Guggenheim Memorial Foundation fellowship in 2016. Harris’s multimedia installation Once (Now) Again, was included in the 78th Whitney Biennial, and an artist monograph, Today I Shall Judge Nothing That Occurs, was published by Aperture in 2017. He lives and works in New York City and is an Associate Professor of Art at New York University. He is represented by Salon 94, New York.

David Karp is Professor of Sociology and Director of the Project on Restorative Justice at Skidmore College. His scholarship focuses on restorative justice in community and educational settings. He received the 2010 Donald D. Gehring Award from the Association for Student Conduct Administration for his work on campus restorative justice. Karp has published numerous academic papers and six books, including The Little Book of Restorative Justice for Colleges and Universities (2013), Wounds That Do Not Bind: Victim-Based Perspectives on the Death Penalty (2006), and The Community Justice Ideal (1999). He is on the board of directors for the National Association for Community and Restorative Justice. He previously served as Associate Dean of Student Affairs, Chair of the Department of Sociology, and Director of the Program in Law and Society. He earned a BA in peace and conflict studies from the University of California at Berkeley, and a PhD in sociology from the University of Washington.

About the Accelerator Series

The Accelerator Series is the Tang Teaching Museum’s dynamic conversation series on big ideas and big issues that seeks to find new entry points into discussions that veer from traditional paths. As an open and inclusive public forum for dialogue, exchange and questioning, the Accelerator Series ignites a collective sense of intellectual curiosity and fosters thoughtful engagement with a deeper understanding of compelling issues that have the potential to spark radical transformations.

The series features key cultural influencers from the arts and culture sector as well as academia, entertainment, government, journalism, media, politics and beyond, who present new perspectives and disrupt the status quo by encouraging a “getting comfortable with discomfort” attitude in order to think and work through big ideas to drive change.

The Accelerator Series is supported by Accelerate: Access and Inclusion at the Tang Teaching Museum, a project of The Andrew W. Mellon Foundation. 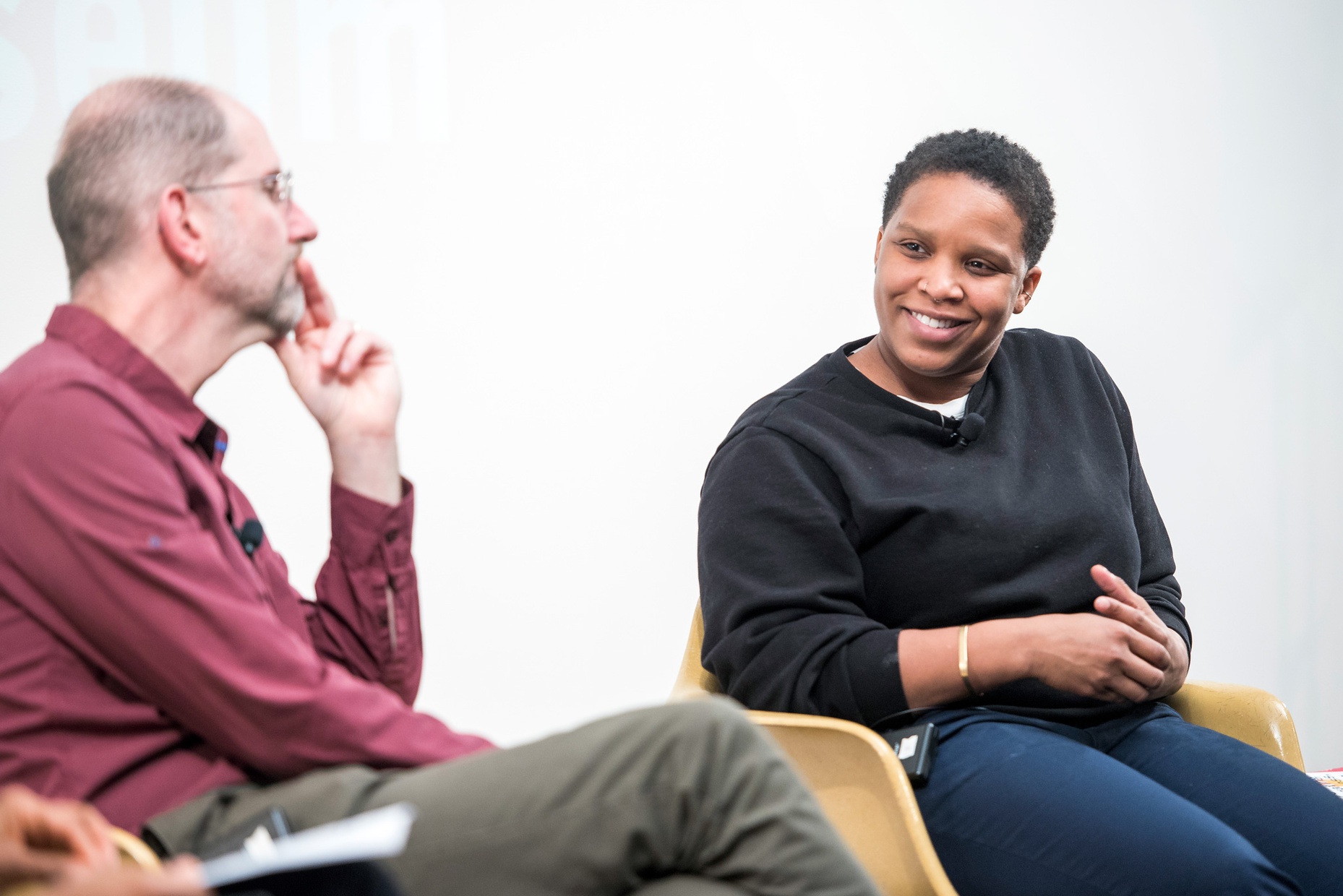 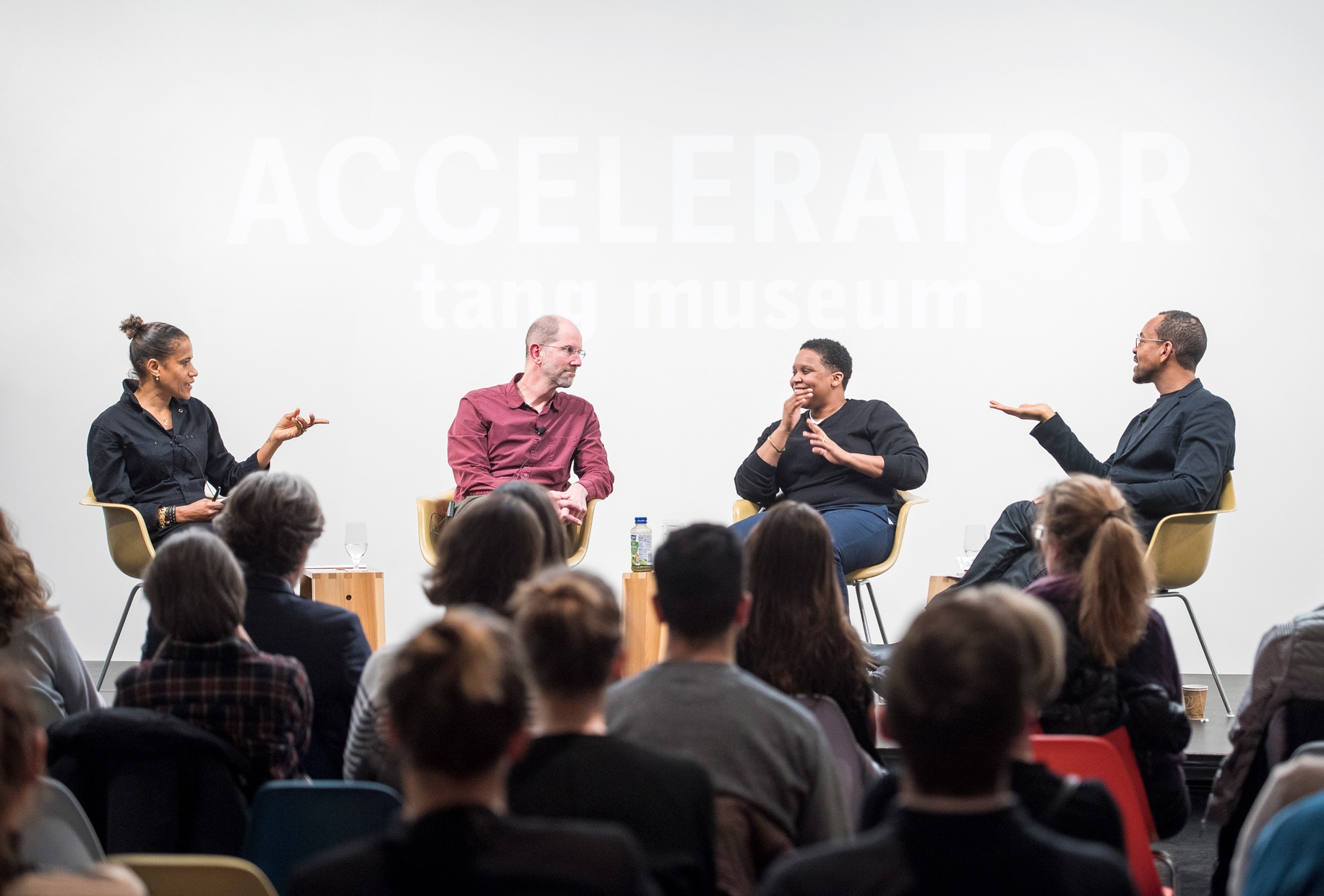 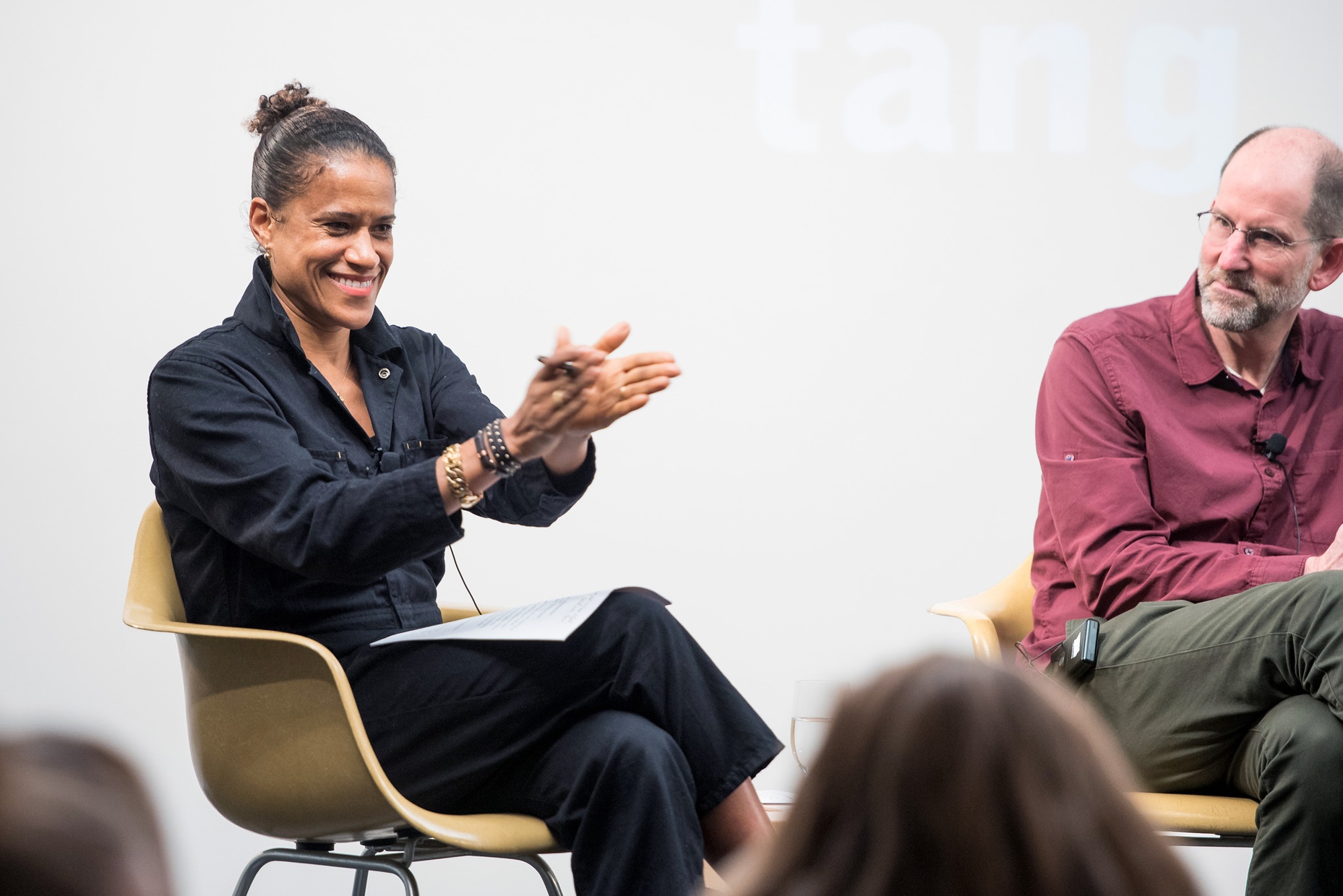 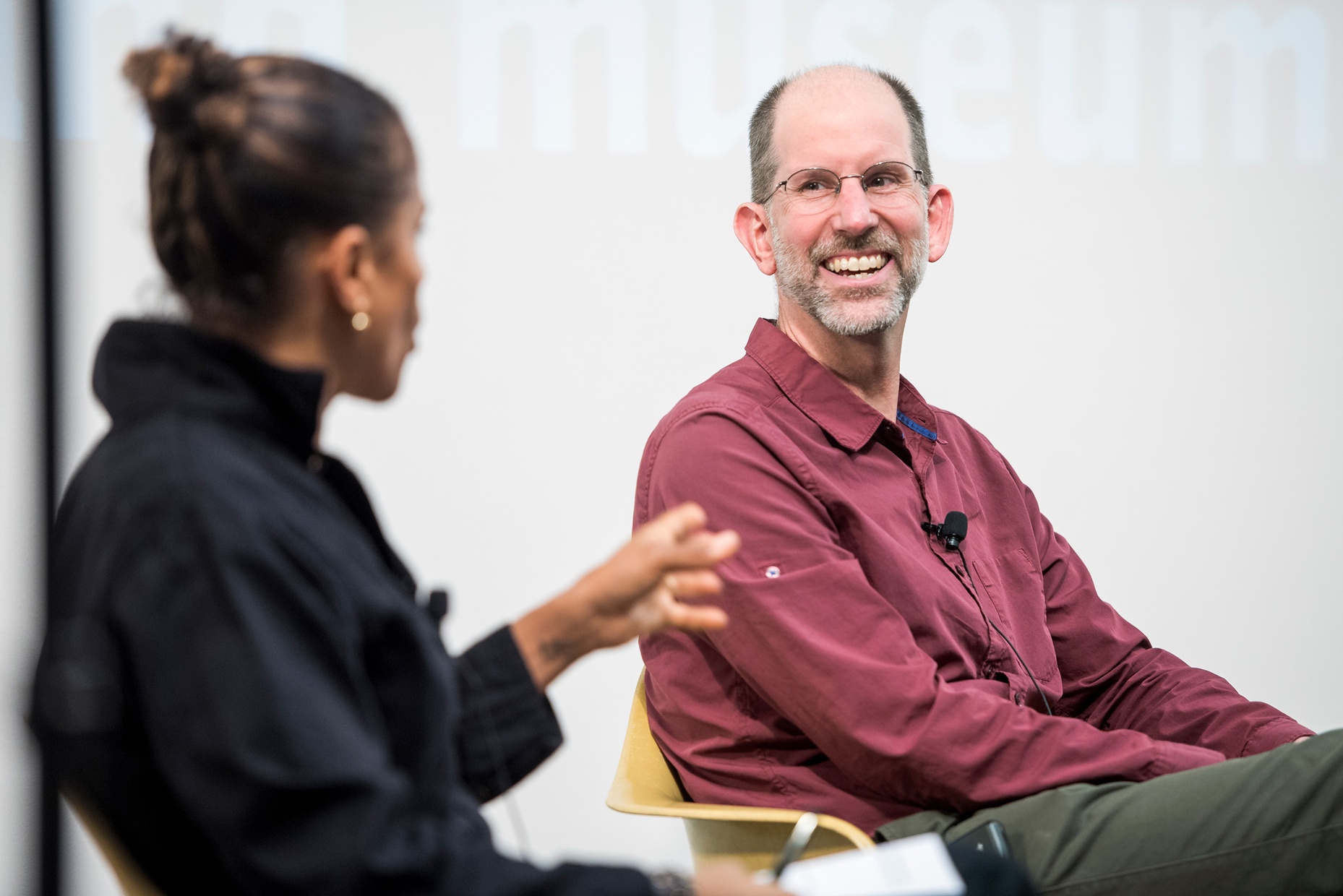 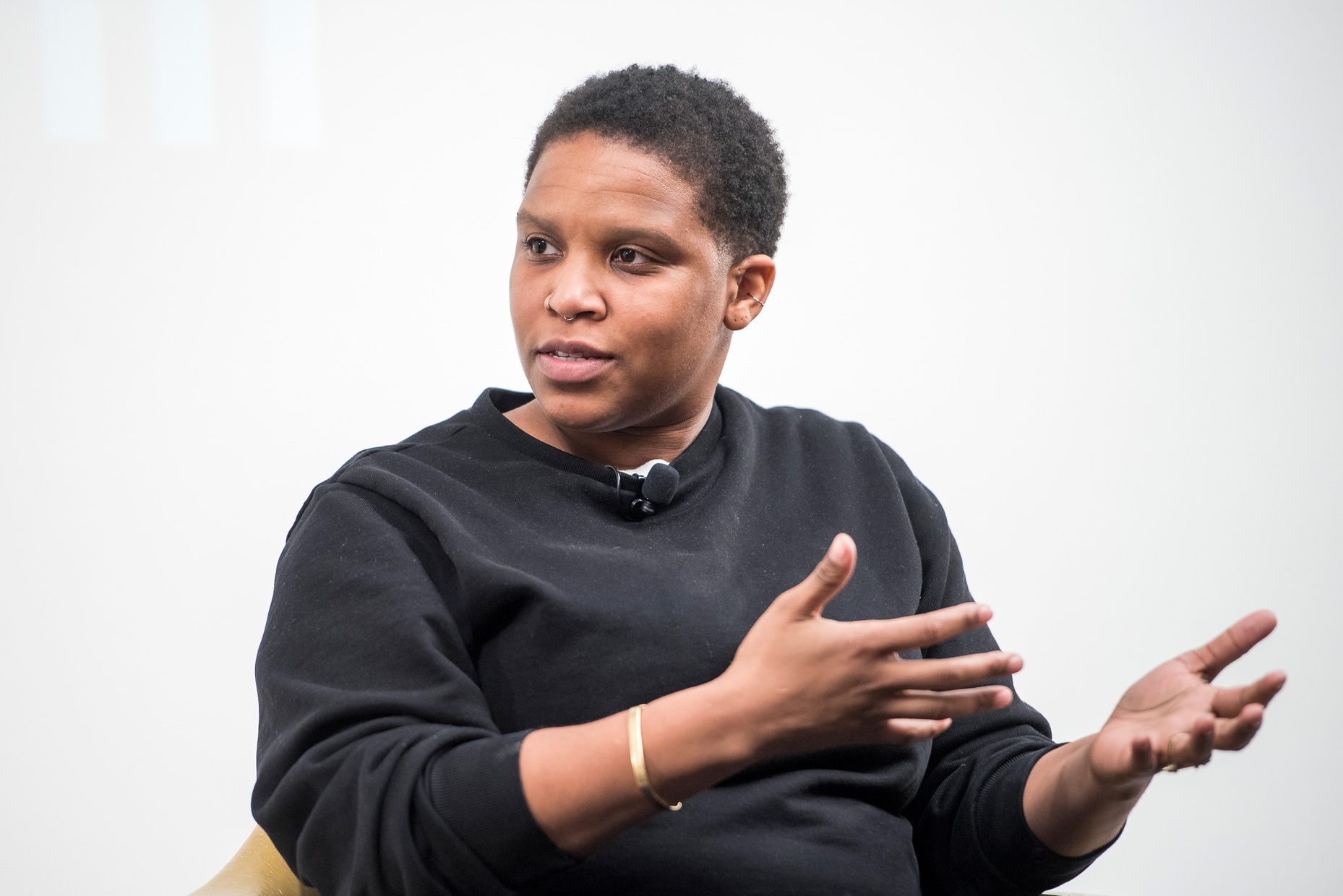 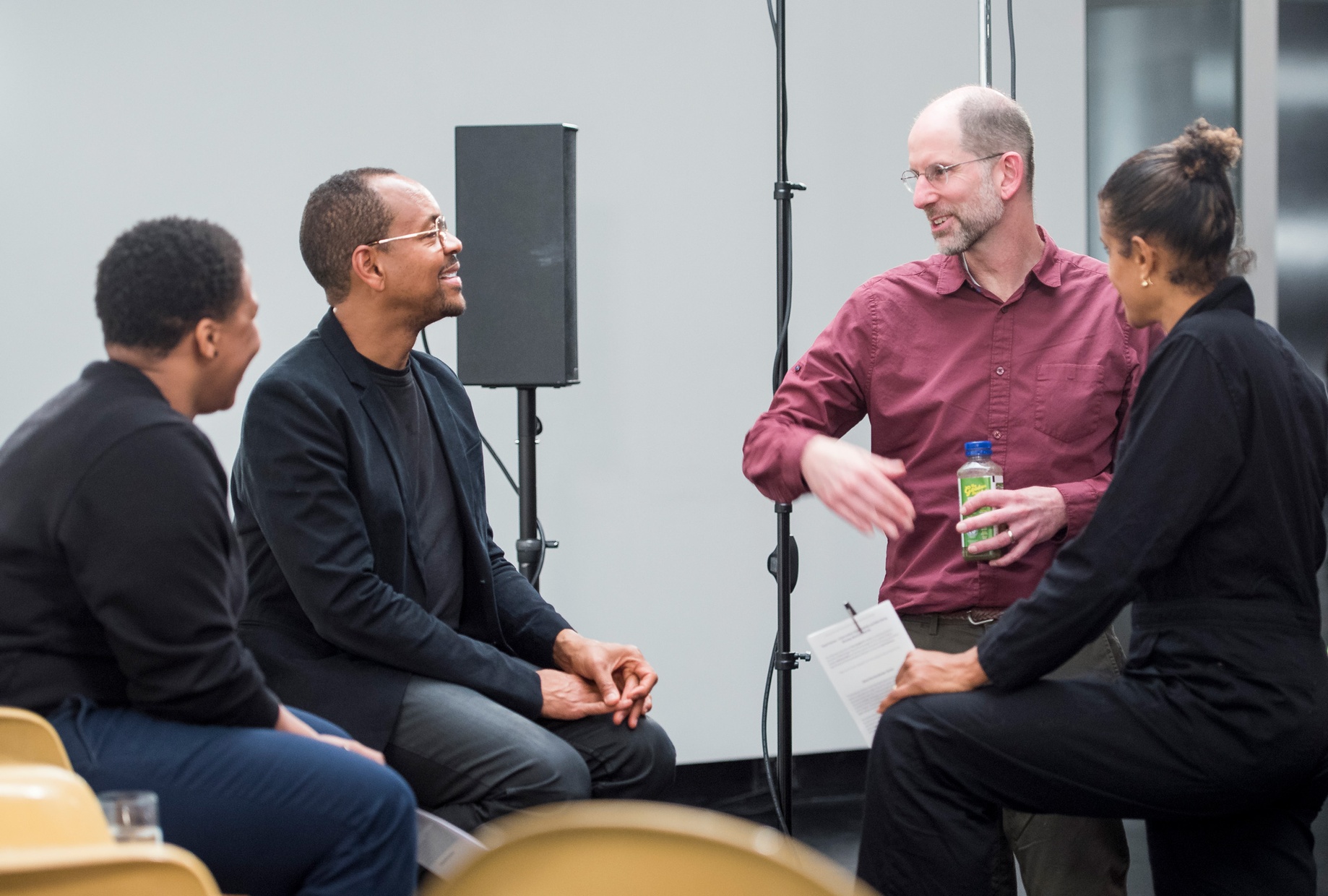 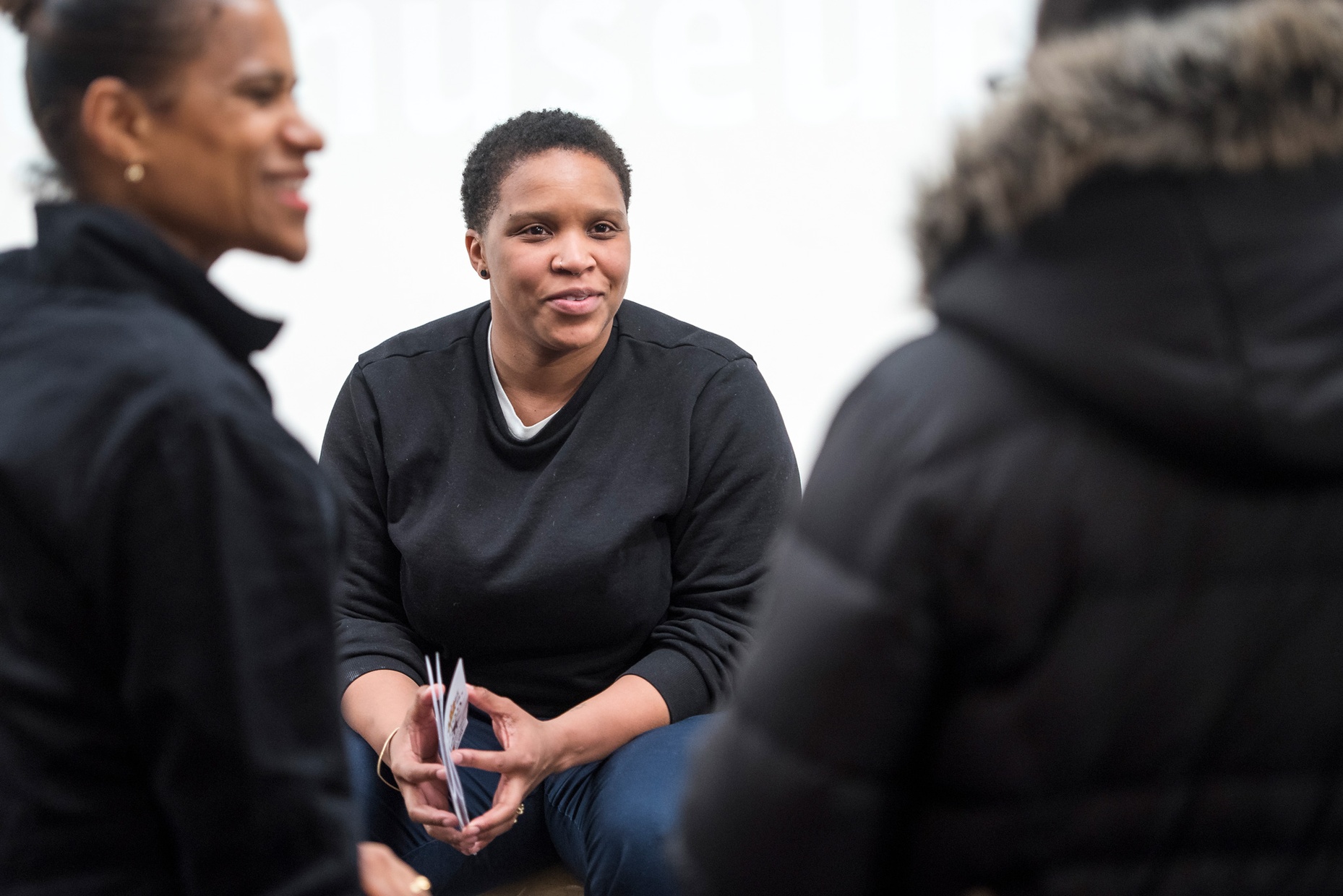